Home Argentine Traditions A party and the best chorizo

The provincial festival of chorizo takes place every year in Ataliva, just over 100 kilometers from Santa Fe capital. 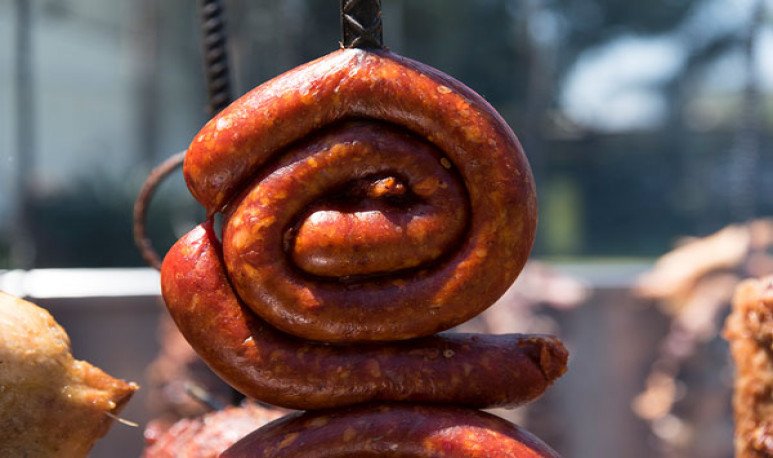 The Provincial Festival of  Artisan  Chorizo has been held for 30 years in the town of Ataliva, province of Santa Fe.It is organized by the Independent Sports Club of Ataliva and, in the celebration, many locals participate and  attracts many visits from neighboring towns and villages .

The gastronomic tradition of preparing chorizos was brought to the Ataliva area by immigrants from Europe during the early twentieth century. Immigrants began with the customs  of kneading and assembling the mixture of beef and pork for the manufacture  of sausages. This work is mainly done during the winter. Once the sausages are ready, they are allowed to dry with care and dedication so that they can finally be consumed.

As a good traditional santafesina festival, the chorizo has a lot of attractions: tastings of sausages and  choice of the best sausages are made. There is a tethering contest where the fastest person wins 3 sausages and 5 grills. Another competition is the consumer competition, where  the person who eats the most chorizo in 120 seconds is rewarded.

And, of course, everything is crowned with  dancing  and musical shows. The tropical genus is the one that predominates. Ataliva is visited, for the occasion, by the best cumbia ensembles in the region. Also, to the artistic proposal, there is a craftsmen fair in Ataliva and the region, along with a large number of games for children and mechanical and inflatable entertainments.  The highlight: a booth of car dealerships.

What sausages to eat?

People who participate in the chorizo feast find  a wide variety of specialties:  From Good to Grease, From Good Dry, From Good to Grill, From Good Boiled, Boiled Leather and Grills. The tempting gastronomic proposal of the “Familia Chorizo” allows visitors to enjoy this series of varieties. But also lever,  black pudding  and an important variety of cold cuts and sausages.

The feast emerged in 1986 as a way of paying tribute to  the ancestors of Piedmontese origin who came to these lands  and continued, through the years, with the custom of making sausages as true artisans. Those families who worked the land for the future of this Nation, by stalling their activities, the chorizo was a permanent form of their food and the elaboration of it  was cause for rapprochement between families in the area.

Hence, the Board of Directors of the Independent Sports Club of Ataliva, with Community support, took the initiative to hold this celebration every year continuously, and was declared of Provincial Interest in 1988.

Ataliva is 107 kilometres from Santa Fe capital.  It is reached by taking two provincial routes, the 2 and the 4 respectively . Founded in the late nineteenth century, it maintains some of the characteristics of the rest of the colonies: it is from the beginning a purely agricultural colony, with a population coming from the process of  immigration , basically Italian.