Home Argentine Traditions A devotion that gave rise to a people

A devotion that gave rise to a people

Every September 14, the town of Empedrado (Corrientes) celebrates the feast of his dear patron, Lord Found. We tell you what it is. 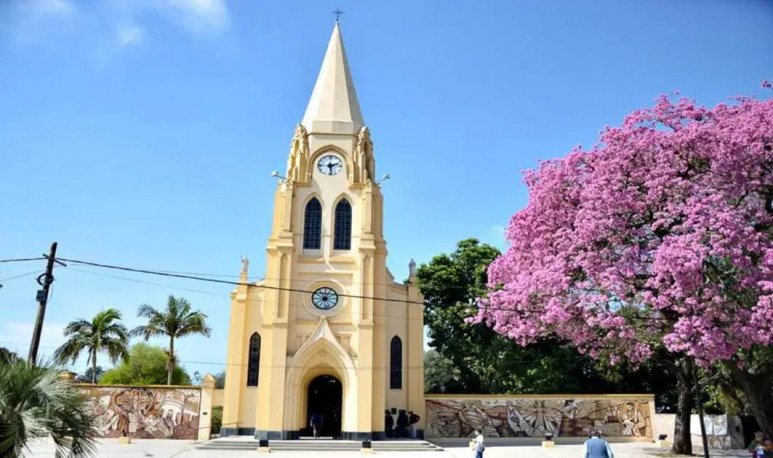 The Feast of Señor Found, in the town of  Empedrado  (Corrientes), is linked from the beginning of time with the origin of the city.  This small town, located just 60 kilometers from the capital of  Correntina , has a strong devotion to this saint . It is that behind the Lord Found there is an interesting story that explains so much thanks from the empedradense with such a mysterious figure.

September 14 is a mere commemoration . From 0am the meeting of the found Lord with his people is held. Later, at 6 in the morning the rosary of the Aurora is prayed. In the afternoon, the parades and the traditional procession follow through the streets  of the village . The Feast concludes at 17 with a massive Patron Mass.

More than 300 years have passed since the origin of the celebration, which today continues to repeat itself as if nothing had changed. They say it all started with a place close to the current Empedrado. At the beginning of the 17th century, there was nothing there except  a mysterious oratory  where he began to venerate a Crucified Christ. Better known as the Lord Found. Precisely around that chapel arose the town of Empedrado, whose founding date is considered in 1806. The question is where did the Lord Found come from?

What is there is not returned

It tells history, legend or popular myth, that one morning in 1739, a man was pilgrimage to  Itati . The pilgrim stopped to rest in the area at the mouth of the Empedrado stream, near a destroyed village. They say he felt a presence that called him to look at the top of a tree, where he hanged a cross.

Don Felipe (apparently that was his name) went on his way to Itati, taking the blessed cross with him.  In telling their experience to the  priests , they blessed the carved wood and persuaded him to build a chapel to honor Christ . At the found. From there, it comes its characteristic name.

The fact was “viralized” in the old style . Parishioners and devotees from all over the province began to go to the famous oratory to venerate the crucifix. At that time it was not easy to access it. You had to travel along a rocky and cobbled road with material from the area. But people did it the same.

After so much praying, the people stayed, and so the years passed, until, in 1826, the Lord Found presided over the founding of the new people. A year later they built the first chapel and today, every September 14, the Empedradans worship it in their day.

Cheese has its party in the tucumanos valleys

An endless and captivating Villa celebrates its 88 years