Home Argentine Traditions A Day of Respect for Cultural Diversity

Virtual activities will be carried out in Tucumán to raise public awareness about structural racism. 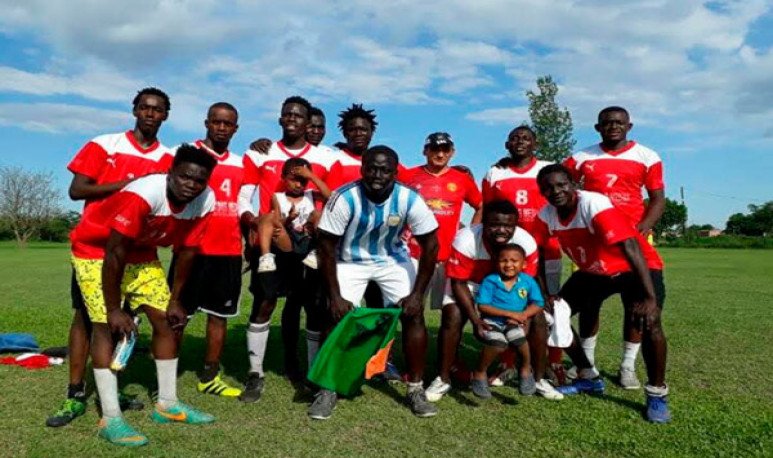 October 12, formerly known as the Day of the Race, was commemorated to remember when the Genoese expedition Christopher Columbus reached the shores of an American island in 1492. In 2010, the National Executive Branch sent to Congress a bill to modify this name for the  Day of Respect for Cultural  Diversity  , and currently seeks to promote, from different agencies, the reflection on history and move towards dialogue for cultural diversity.

In this regard, the Under Secretary of State for Human Rights of  Tucumán ,  Ernesto Sansierra,  told our media that, taking into account the current context due to the pandemic, Secretariat, and through its social networks, will disseminate by 12 October a series of plaques to raise awareness of structural racism and will enclose reports on the  Afro-descendant community.

There will also be a conversation with the  Senegalese community   currently living in Tucuman on 19 October at 18. Four members of this community will participate in this virtual meeting. “A woman of African descent, she is not Senegalese, and three men who are Senegalese,”  Sansierra said. In the talk they will discuss their life stories, how they came to Tucumán, what customs they could preserve from their culture, as well as what customs they have adopted from ours, and how they live their day to day in Tucumán, all within the framework of structural racism.

A Senegalese in Tucuman

In this context, our media held a dialogue with Senegalese  Moussa Djitte , who is one of the representatives of the Senegalese community in Tucuman. He told us that he was born in  Meckhe , a commune in Senegal where his main commercial activity is crafts.  He arrived in Tucumán in 2013 , currently lives in Barrio Sur, and since he stepped on Tucuman soil he devoted himself to street sales.

We also asked him if the members of the Senegalese community share housing, and he told us that some people prefer it. “Some live two or three in the same house and others in a scattered manner,”  Djitte said. As for his adaptation process, he said it was quick. However, he said  he had to experience episodes of discrimination, such as mockery in the streets . “I feel like I've adapted to this province, but I don't like heavy jokes about my community,” he said. In addition, it was not easy for him to get a rent, but he believes that he has adapted into a short process that, at first, he thought would last much longer.

On the other hand, he told us that Tucumán is the only place he lived in in Argentina since he arrived from Meckhe. “It is a beautiful province, with many natural places to visit. In summer it feels very hot, because of the humidity, but it is nice. As for their food, it is very rich, and with regard to people I feel that many are kind to me,” he said.

Finally, in the framework of the Respect for Cultural Diversity Day,  Djitte  said that many people consult him for his culture, some listen carefully, others do not respect his customs. “ I hope that one day in Tucumán cultural diversity will be respected 100% , that it will not be judged by the different way of speaking, dressing or skin color. I think it can be achieved by encouraging this type of date,” he concluded.