The missionary city of San Vicente becomes every year the birthplace of the National Wood Festival and we tell you about it. 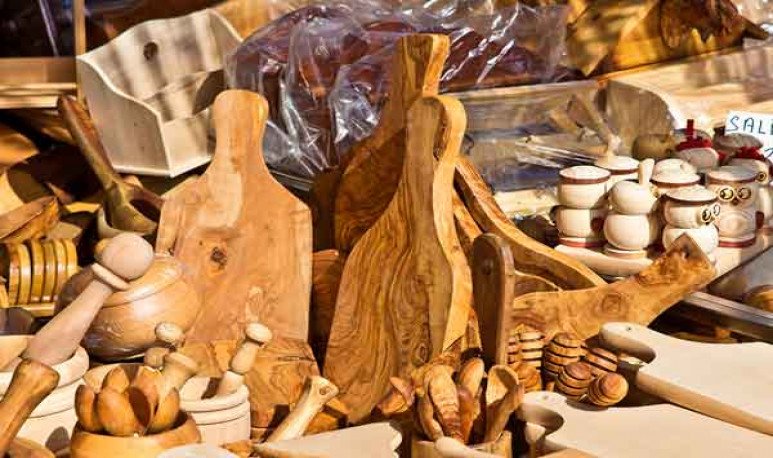 A  noble material  that doesn't leave anyone to screw. We all have some object in our homes that is made of it and has gone through generations. It is the  canvas  of multiple  artistic interventions  . Its characteristic  aroma  provides warmth and helps a house feel like a home. It exists in various textures, densities, lengths and even a color bears its name.  Wood  is the daughter of nature and has a  holiday  within the country that honors it.

To return to the origins of the event we have to travel to October 1982. It all emerged as an initiative of a group of neighbors who wanted to pay  tribute to the logger worker  and bring the community together. It was also intended to  claim the  identity   of the citizens of an Argentine region whose economy depends heavily on this component. Undoubtedly, its main north when it comes to carrying out the idea was always to generate a  familiar climate .

Although in its beginnings it was designed for locals, over time it managed to  grow  in attendance and relevance. This resulted in the fact that it became provincially recognized and eventually obtained a national category. Initially, it took place in the months of October, November or December, but then moved to the first weeks of May. Currently, it represents one of the most important meetings in the province of  Misiones .

It is promoted by the  Organizing Commission of the National Wood Festival  and has the municipal support of San Vicente. It is developed in the sports center of the city, where a variety of products made with the material are exhibited. During the conference, we find artisanal, industrial, commercial and agricultural exhibitions. Also, it has skills of hacheros, cassava peel and catching the pig.

Why in San Vicente?

It is a  town  located in the center of Misiones, at the point where National Route 14 and Provincial 13 join. There, yerba mate is planted, tea, tobacco, and also livestock is made. However, the main  productive work  is carried by  logging  from native and implanted forests. Around 60 sawmills are located in the area, where different processing is carried out. Some of them are floors, cladding, openings, furniture and elements for construction.

While economic activity plays an important role in the village, all its residents expect the date to celebrate. The party  runs  for  four hectic days  , from Thursday to Sunday, and concludes with Family Night. When the moon appears, a grid of shows unfolds that includes the presentation of local and regional artists. In addition, the election of the queen is made, with many young aspirants waiting to take the place.

This   tradition ,  which already has its good walk, is part of the local  idiosyncrasy  . At the same time, it can be thought of as a recognition of workers in the sector. We are no longer talking then simply about noble material, but also about a source of food for citizens. And they know it. They are  proud of where they come  and what characterizes them. At some point they were only highlighted by forest activity and, later, they were encouraged to create a holiday the corones. I don't know San Vicente, but it  looks like good  wood  .