A Buddha in Missions

Misiones is home to one of the most ancient civilizations in the world. On red earth stands the largest Buddha in Latin America. Did you know that? 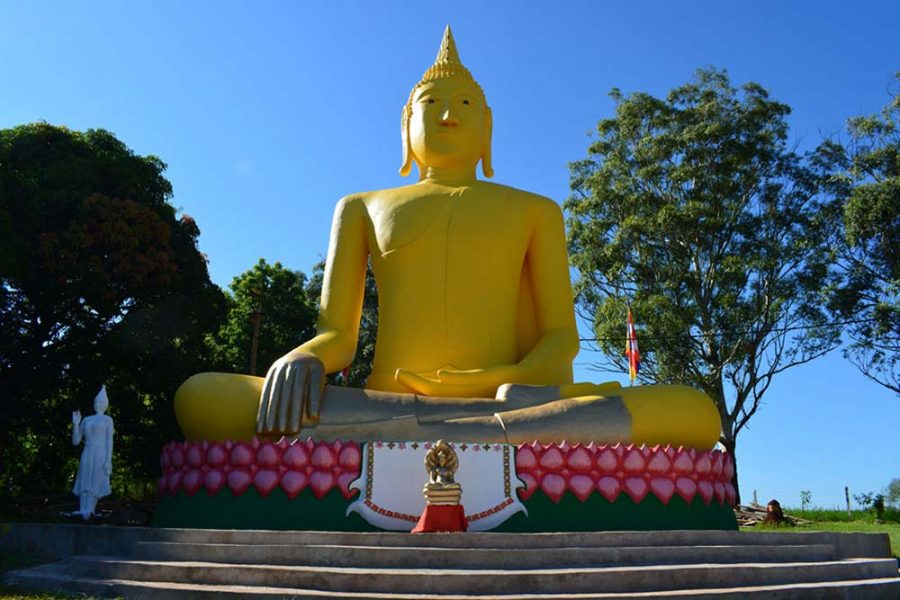 What does a 13-meter Buddha do in a province like Misiones? It gigantic oriental statue on the side of the Posadeña route looks like a mirage or a vision. But it's nothing like that. It is the symbol of a religion , known as Buddhism, which has 25 years of history in the province.

The Buddha was built by the Laotian community in Misiones. It's 13 meters high and 10 meters wide. The statue began to be built on October 31, 2012, thanks to donations from worshippers around the world. It will open publicly on February 21 with a special religious ceremony, and will become the largest Buddha in Latin America.

“ We always try to maintain and continue with our customs and our religion. This is how the construction of this Buddha was born,” explained the president of the Wat Lao Rattanarangsyaram Keosawang Temple of the Laotian Community in Posadas.

Monks in the Red Land

The official religion of the Laosians is Buddhism, a religious expression that has more than 2500 years of history. This originated in northern India, where the Buddha was born, who, according to them, managed to reach enlightenment.

A quarter of a century passed from that February 1980, when a group of Laosians and Cambodians arrived in Posadas. They did so by escaping the war and arriving in a country alien to their eastern traditions. Today, however, they claim to be rooted and confident that Argentina belongs to them, with its evils and its goods.Older people smile when asked if they would return to Laos. “The children are here, they are from here,” they answer.

Somporn Parmusakarn arrived in Argentina with 27 years, back in 1979. He is one of the three monks who are in Posadas and assured that here is his place. He would return to Laos only for a visit, but he can't imagine living out of this country. The same goes for Daring Sonesackda, who immigrated to the red land when I was five years old.

Daring and Somporn are dedicated to Buddhism. They are the monks of a religion that recovered just about five years ago with the construction of the temple. A place they enter barefoot to part with the hardships of the body. A sanctuary that has earned the respect of the people missionary and which today forms part of his tradition.

The Plum National Festival is coming

Fiesta of the Roast with Leather in Neuquén

A new edition of “Rivadavia sings to the country” is coming