Home Argentine Traditions 8M: a month of struggle, a movement for reflection

A small reflection on the past, present and future of 8M, Women's Day that today becomes much more than a commemoration. 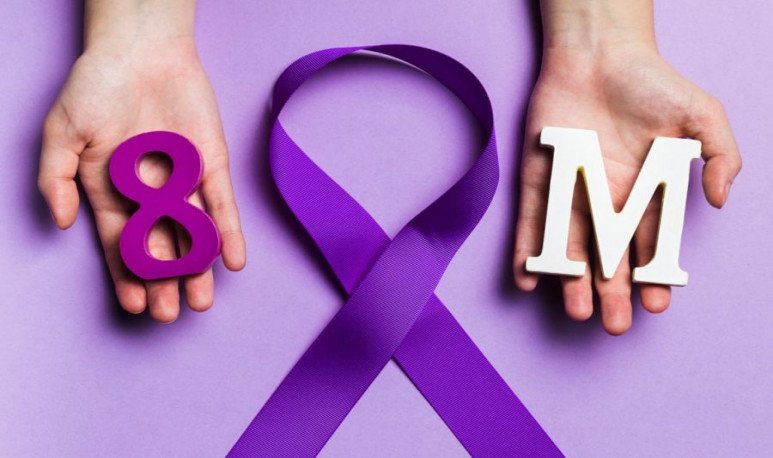 The month of March became the month of women. No longer in a commemorative sense, but with transformative intentions. March 8 is declared   International Women's Day  .  In all countries, in all provinces, the tradition is to celebrate. However, the story has a  tragic background.  The 8M is set as a day of struggle for the episode that occurred in NY where 123 workers died incinerated, fighting for their  labor rights. This happened in 1911,  at the Triangle Waist Co.  From this event, everything is commemoration. And, after the years, you forget this background.

For a long time, this date was celebrated under a symbolic patriarchal sense. It aimed to perpetrate the links of subordination that exist on  women . The speeches around this date alluded to women from a romantic perspective, in the  historical-artistic sense  of the term. Angels, muses,  inspiring mothers , works of art. A construction of women as an object of consumption and desire. As a contemplative figure, accompanying, without decision-making power. As a complement to man, born from Adam's rib. The 8M was always a date that cared to maintain and reproduce the imaginaries around the woman. To perpetrate an already armed system, patriarchally and with a capitalist dynamic. This commemoration was another event to sustain the prevailing and oppressive structures. But, yes, in the detail of providing a present that would indicate empathy. And that it would demonstrate minimal recognition of  the angelic and idealized  role of women.

The 8M spent with women in their homes, receiving flowers, chocolates or some other attention as  recognition crumbs . A small thank you for being the modern slave and the one in charge of household chores. As if sacrifice, sweat and time, recovered in the form of boxes of chocolates. As if the decision-making power over our bodies was achieved by receiving a bouquet of roses. This recognition, which we were given as crumbs every 8M was always and in all areas (work, academic, family, etc.) difficult to acquire. And, therefore, it worked  for decades  as a palliative  to the evil of building herself as a woman in a patriarchal society.

Little by little, between green handkerchiefs, containment circles, among cruel news of  femicides of terror,  we found our space. We were generating our own content, to stop consuming the presets. From every death, every murder, every criticism we gather strength. From every obstacle, every unwanted motherhood, every policy that violated our wishes and decisions, we made a herd.

Little by little, this day was acquiring a  critical character.  A transformative intention. This date went from being another commemoration of the calendar, to a massive gathering of women from all sides of the country, with shared interests, shared stories, terror past. We discovered each other  together, remembering the victims of femicide.  We are  embraced, claiming our rights . We encourage each other to continue to conquer territories for  gender equality and equity . We accompany each 8M and every day of the year in  the fight against gender-based violence . We embrace each other in every mourning, for every fellow victim of children of patriarchy and an absent state. By Lucia, Camila, Candela, Maria. For every missing person, every sexual abuse suffered, for all of us.

The 8M became the opportunity to make visible the struggles of the feminist collective: safe and free legal abortion, trans labor quota and comprehensive sex education.  Visibility of the LGBTTIQ+ community , responsible paternities and recognition of domestic work as work. For free children and  breeding without abuse . Labour rights for sex workers and the  abolition of trafficking networks.  Among other rights that are claimed and that want to be conquered. At this time, this date invites us to occupy spaces that were not dismissed. To re-establish the rules of the game, and abolish what is forbidden to us. This time is of change, of organization. To inhabit spaces and make them own, to build them from new perspectives. 8M comes to teach us that  feminism is not a bad word,  that it is a movement that strives for equity. The 8M comes to twinning us all, invites us to reflect.