We tell you everything you need to know so as not to miss any traditional festival of Colonia Caroya, one of the most important festive venues in Córdoba. 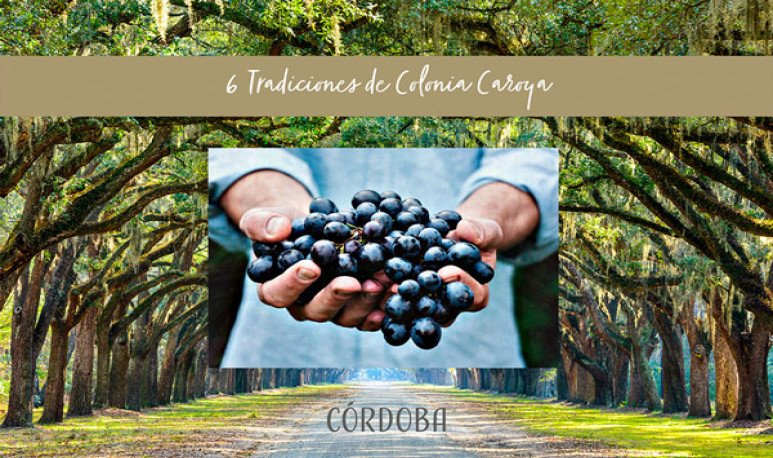 In the province of Córdoba  there are several localities that consolidate as a place of culture, tradition and festivities.  One of them is Colonia Caroya: a city in the north of the province of Córdoba located in the department Colón, on RN 9. This town, crossed by San Martín Avenue, has  9 kilometers of extension covered with Spanish bananas  (the longest in the country with this characteristic). But not only bananas are their indisputable attractiveness.  It is also  the city of good wine , cheese and salame, and constant celebration.  In this note we tell you what are the  iconic festivities in the area.

Every year, during the second half of February, the town of Colonia Caroya prepares to celebrate the  National Festival of Fruti-Horticulture.  The iconic celebration that pays tribute to the cultivation of fruits and vegetables. In this context, agro-industrial  exhibitions are held  where the region's own production is shown, along with the  marketing of regional products.  This festival offers various artistic shows and, in addition, the election of the Queen of Fruti-Horticulture is held. If you're a lover of the countryside, the vine and the life, you can't miss it.

2. Feast of Saint Anthony of Padua

It is a celebration that takes place every year on June 13. The feast in honor of Saint Anthony of Padua brings together his fervent followers and those who during these times wish to give him their prayers of petition and thanks. Around this festival, promises, walks  and traditional rites are also made. Because there is not a single patron saint of the Caroian city, as is Our Lady of Monserrat.   Saint Anthony of Padua, who became the official patron saint with the passage of time, is also worshipped.

In the first half of July  Cologne Caroya dresses up  to celebrate the end of the grape harvest, one of the traditions inherited from the first inhabitants of the area who arrived  from Friuli, Italy .  It is one of the most widespread and awaited traditions in the area. The whole province prepares to celebrate this event and live unique experiences.  This tradition was born in 1939 and was intimately joined the  Italian religious celebrations of the Sagra de la Uva, which, in the city of Colonia Caroya, was held for the first time in the 70's.

Since 1989, the Feast of Typical Foods has been celebrated. This holiday is usually organized during the month of July. In the Bochas Sport Club site in the town of Colonia Caroya, the tables that are filled with people are unfolded to taste the delicious cold cuts, homemade pastas, outstanding desserts and aromatic wines that are made in the area.   Always hand in hand with local producers and with regional products.   The purpose of the holiday is  to maintain, revalue and spread the Italian traditions  that  constitute the identity of the Caroian people  . Gastronomy, good music and traditional dances are merge in this event.

The first half of October has a homemade salame scent. This celebration began on September 1979 and stayed forever. It aims  to maintain the Friulan tradition in force  and vindicate the salt industry of Colonia Caroya. Since its inception, the holiday has been held at the Club Juventud Agraria Colón and, over time, gained the deserved fame. It is currently consolidated as  the most convening gastronomic meeting in the province of Córdoba.   Obviously, not all tour is salame at this party, even if it is the protagonist : artistic, musical and humorous shows are also organized, to spend days & uacute; nicas.

In January, it happens, as in almost every corner of the country,  one of the most colorful artistic shows in the region: carnival.  Where dancers' brightness, music and movement merge to bring memorable experiences to attendees. The celebration of the “Caroyenses Corsics” culminates with  the coronation of the queen of the event.

And you... Have you ever participated in any of these events?