San Pedro de Jujuy is the second most important city, after San Salvador de Jujuy. That is why, a day like today full of celebrations and revolution, we remember its foundation and go through what its attractions are. 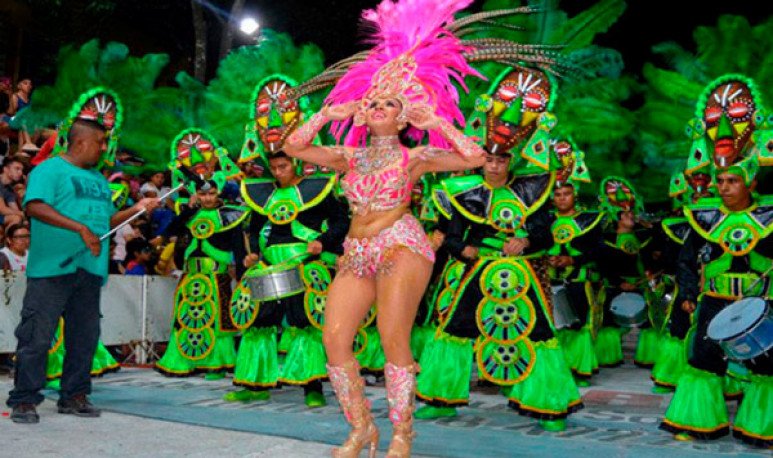 A day like today, many years ago, a city was born that would  become the central axis of the province of Jujuy.  This is San Pedro, a town located within the San Francisco River Valley.  This place is 15 km from  the confluence of the Grande and Lavayén rivers, which then form the San Francisco River. And it is the head of the apartment of the same name. San Pedro de Jujuy is  nicknamed “SPJ”  by passenger transport and postal mail companies.

The city was founded  on May 25, 1883, in the middle of the revolutionary event.   However, before its foundation, the territory was active. A sugar mill worked on the spot  for 13 years.   Its founder was Governor Eugenio Tello. However, there are some controversies about the date of birth of the city.  There are historians , such as Jobino Sierra Iglesias, who argue that  the foundation would have taken place on July 27, 1885.  Although the real celebration continues to take place every 25 May, in double commemoration. On the one hand, the  May revolution is celebrated in pure locro and empanadas.  And on the other,  the birth of St. Peter.

Since this place was officially founded, it has not stopped growing and hosting large events. It even hosted  a presidential visit in 2014 , due  to its great sugar activity.   But there are many  attractions of this place , as over time it became  one of the charming places that offer northern Argentina  . Its mountainous atmosphere, its varied architecture, the tranquility of its streets and the warmth of its people make it  one of the most visited in the region.  Here are 4 attractions of San Pedro:

San Pedro de Jujuy stands out for its carnivals and corsicans.  The Yungas Carnival is  one of the most distinguished in the northwest of the country , with  11 different categories competing between artistic, sayas and tinkus.  These holidays are held every year in the month of February. It is a  multicolored celebration   where numerous companies or organizations compete  for the best dances, changing rooms and presentations. It is a multitudinous event, which becomes one of the most anticipated by the entire population. The carnivals of San Pedro are  one of the largest in the province of Jujuy.

Another key attraction of the place  is its careers.   The city is known nationally for its competitions. Among them, his motorcycle races are one of the busiest.  In this event , participants  from all provinces and corners of the Argentine Republic gather. It is usually held from early until well into the afternoon, on long days that no one wants them to end. Around the races, other types of associated activities are developed:  parties, meals and meetings.  The public is usually located on the side of the tour from where you can take pictures, make recordings, share with family and friends

In addition to  motorcycle racing, motorsport   competitions are also held.   For this event, particular used cars modified and designed to win are presented. The events are divided into circuits and are promoted by  municipal and provincial authorities.

This monument became  an icon of the city and a key attraction of religious tourism,  initially promoted by the Roman Catholic Church and  by the municipal authorities . The popularity of the monument arises because in our country devotion to this saint is widespread. That is why the city decided to build a structure that honors this religious character. Historians state that this affinity for San Expedito probably came from  Spanish colonization  and was subsequently reinforced with the arrival of  the Italian colony in the country  , since the character is of Roman origin. Many parishioners consider him  the saint of the “impossible causes”  and ask for his intervention for  problems of money, health or education.

4. The Grotto of San Silvestre

It is another religious monument associated with the Roman Catholic Church.   This grotto became a prominent tourist spot. It is located between Barbesini and Martinez streets,  and honors San Silvestre.   The honoree was a pope of European origin who in the fourth century was imprisoned to later be released and become leader of the church.  In his honor, careers are being run throughout the Christian world . In San Pedro, for example, tradition is marked by the San Silvestre Marathon which is run annually with categories for adults and minors.  These kinds of events  are enjoyed and expected  by entire families.

The Valleys of Altitude in Jujuy