The eastern department of Mendoza is one of the oldest in Mendoza. José de San Martín himself led his reins during his stay. 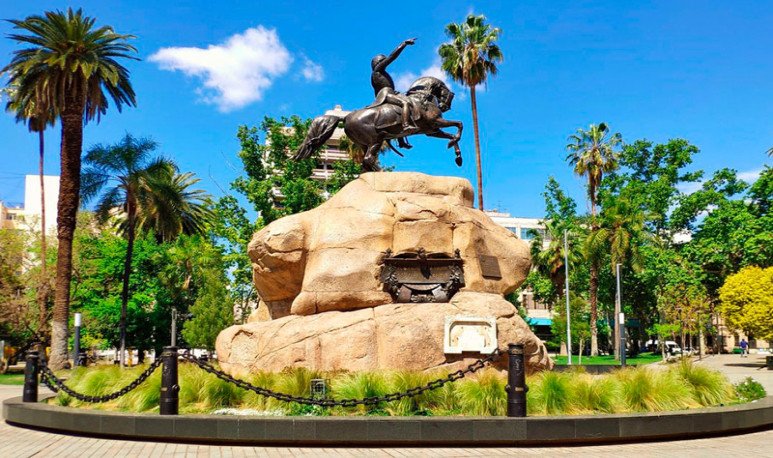 Since its founding, on December 20, 1816 , Sanmartinian citizens are proud that this department has been the only one outlined and supervised by the Grand Captain of the Andes, Don José de San Martín.

These lands, near the  city of Mendoza , were chosen by the Liberator to live as a chacarero and country man. Thus, in these lands called  “Los Barriales”, because it was a low and waterlogged place, Don José de San Martín lived between February 4 and November 4, 1823 and planned the construction of his farm  and a house, which he affectionately called his “Tebaida”.

The name  “Barreales” or “Barriales” initially included the entire region of Eastern Mendoza, also encompassing part of the department of Santa Rosa.  The primitive population of “Los Barriales” (today the city of San Martín) possessed among its  farms  that belonged to the Libertador, who commissioned the Chilean surveyor José Herrera the measurement of the land and the layout of a ditch to provide water to the area and stimulate the establishment of settlers.

Work began immediately to bring water from the  Tunuyan River, channel irrigation, open roads and dry land, in order to interest the neighbors in its purchase.

In October 1816, General San Martín requested that fifty blocks be delivered to him in the East of Mendoza.  In addition to these, the General is granted 200 more blocks for his daughter, which are located north of Retamo (current department of Junín),  which are finally granted in payment for services, to the military who acted in the Army of the Andes and stood out in the fight for the independence.

The department of Gral San Martín has an  area of 1,504 square kilometers and borders Lavalle to the north, to the west by Maipú and Lavalle, to the east by Lavalle and Santa Rosa, and to the south by Junín.

According to the 2010 census data,  118,561 people lived  in the entire department. This figure places it as the seventh most populated department in the Province.

Although, the City of San Martín, is the most important district, Palmira has been forged, to labor force and railways, as another of the most prominent sites.  Palmira  has an area of 55 Km2. While there is no record that accurately specifies its foundation, historical research speaks of the importance of this place in colonial times. All this is undoubtedly related to the transit and communication route between Mendoza and Buenos Aires, between the West and East of the province and also between the Atlantic and the Pacific.