The Marcelo Tinelli of Entre Rios

With 30 years on television in Paranaense, Daniel Cottonaro is, for many, the “Marcelo Tinelli” of Entre Rios. Pioneer and innovative. 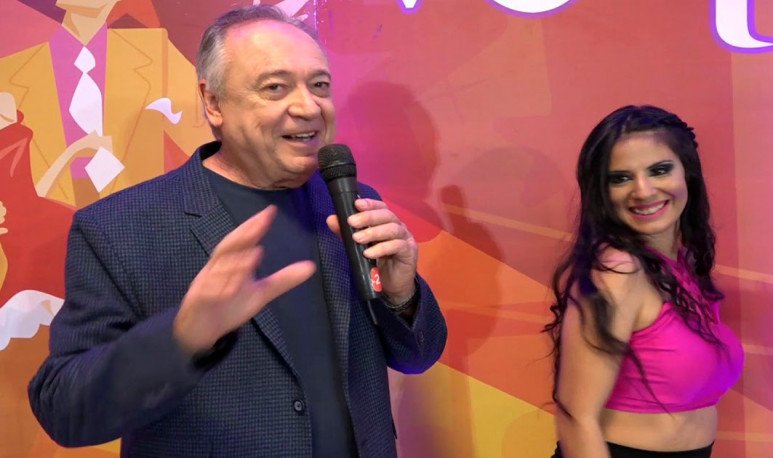 Driver Daniel Cottonaro celebrates 30 years of career at the head of Paranaense television. The “Marcelo Tinelli” of Entre Rios has a vast track record marked by innovation in the local environment. Welcome to the Daniel Cottonaro show!

An orthopedist on TV

The arrival of the entrerriano driver to the small screen was almost by chance. Back in the 90s, Daniel Cottonaro owned a surgery and orthopedics store. One good day, he decided to make a radio program and, unwittingly, “jumped” to television.

“We were with Dr. Enrique Berduc and Daniel Blanzaco. Funny thing is, when I went to talk around space on FM, I had a surgery and orthopedics house. And there were two doctors with me, they thought I was about to do a program dedicated to health. And no, the idea was to make an opinion program about today and that's how we started. Then I started doing it on television, what was the old Cable Video,” recalled the driver Paranaense.

Cottonaro's comparison with Marcelo Tinelli is due to the innovative spirit of the entrerriano driver. His first program,   Margin Dimension   it was a coffee table, kind of   Controversy at the Bar   local. “We spoke very freely and quickly we had a lot of support from the people, who caught a lot of attention. It was very critical of the local and national government. At that time there were Mario Moine as governor and Carlos Menem as president, full menemato. That's where TV caught me,” Daniel said.

Margin Dimension came to change the TV of the time, with the classic black background and fern as decorated   . With formal and extensive journalistic interviews with public officials. “Cotto”, on the other hand, drove using humor and some costume. In addition, he conducted short and dynamic interviews with local cultural characters.

Other of its programs,   That's not what we talk about   , kept the same creative imprint. “The scenery was a kitchen connected to a living room. And there was a door where the guests would ring our doorbell, walk by and sit at the table and talk. All this was going live and was quite performed for the time,” Cotto recalled.

Come to Dance with Cotto   was a hinge in Cottonaro's career and opened the doors to popularity. ”   Interestingly, almost simultaneously with Tinelli, it occurred to me to do a dance contest.   Because lots of dance academies came to our program, with different dance genres. And the truth I was doing well. Just at that time Tinelli started with the   Dancing for a dream   “said the driver entrerriano. Currently the Marcelo Tinelli of Entre Ríos, drives on Sunday nights   I came with Cotto to the Fiesta Latina.   .

Lucas Lezin, humour made in Córdoba

A comodorense will be the general manager of INCAA