The first mattress factory in the province was officially inaugurated with the help of the government. Meet her. 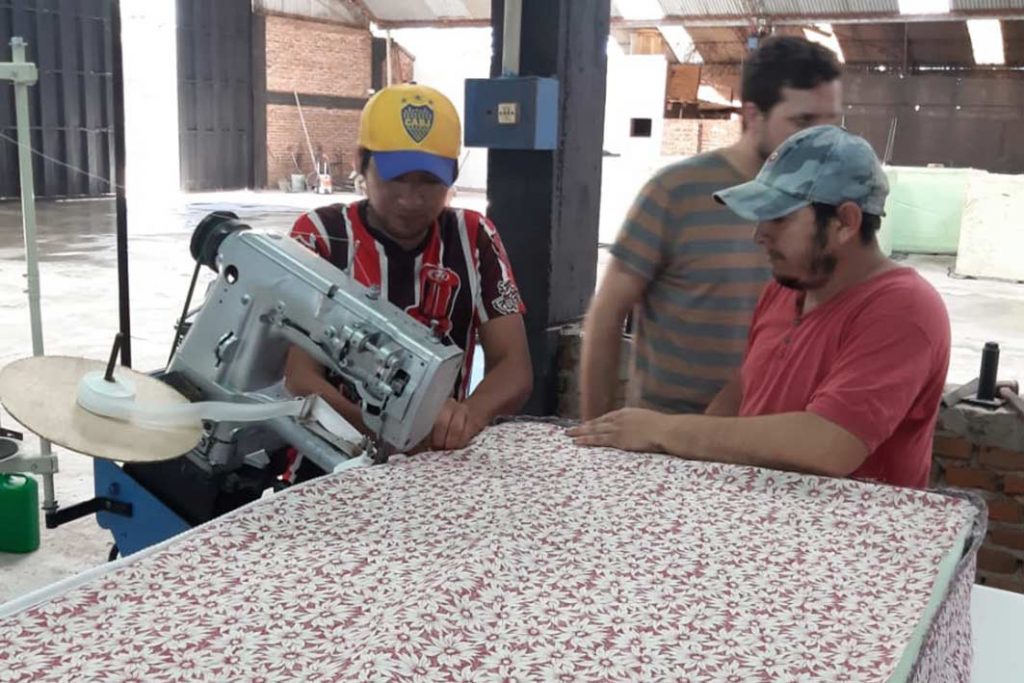 In the town of Pirané, Formosa, was inaugurated AC Mattresses and Sommiers, the first factory of mattresses of the province. Founded by Adrián Cometo, the company will allow to supply the local market and cover needs of ministries and provincial government units.

The opening was attended by many officials, entrepreneurs and referents of Formose policy. It was achieved with the financing by the provincial government of an exclusive line for the industrial sector. This loan has a very affordable rate of 12% per annum, and allowed the assembly of the facilities and the purchase of raw material for the production.

The Undersecretary of Economic Development of the province of Formosa, Horacio Cosenza, highlighted the arrival of this venture. “It is very important, it is a private micro enterprise for the town of Pirané, it will generate new jobs,” he said. Four to six people will work in the factory during this first stage. The investor is planning to carry out the second stage, which is called “foaming”. Stage that will consist of making the foam blocks cut and converted into mattresses. This would increase the number of employees at the mattress factory and benefit the locality.

The official added that the idea is to work together between the private and public sectors to revive the economy. Cosenza presented Formosa as the other side of the coin. “Companies and factories are closed all over Argentina and are inaugurated here,” he said. It was the state that financed much of this project, covering the need for financing the entrepreneur. The mattress factory will have the production of a line intermediate, which will be marketed to the general public. They will also be intended to meet the needs of ministries and other units of the provincial government.

Cometo said: “This dream started 5 years ago, we saw that in the province did not exist a factory dedicated to this sector, we acquired the machinery and we had the place to mount the idea.” He added that one problem is the economic crisis of the sector and recognized the aid of the province.

The idea is to supply Formosa with production mattresses , avoiding the purchase of these goods from other provinces. The factory of mattresses estimate a production of 400 to 500 mattresses per month. The limit that offer machinery and space would allow you to reach about 5000 at its peak.

The nautical club that makes water in Cruz del Eje