Home Argentine The 2 legends that missionaries tell about mburucuya

The red land has its beliefs when it comes to determining the origin of mburucuyá. Both combine Guaraní roots with religion. 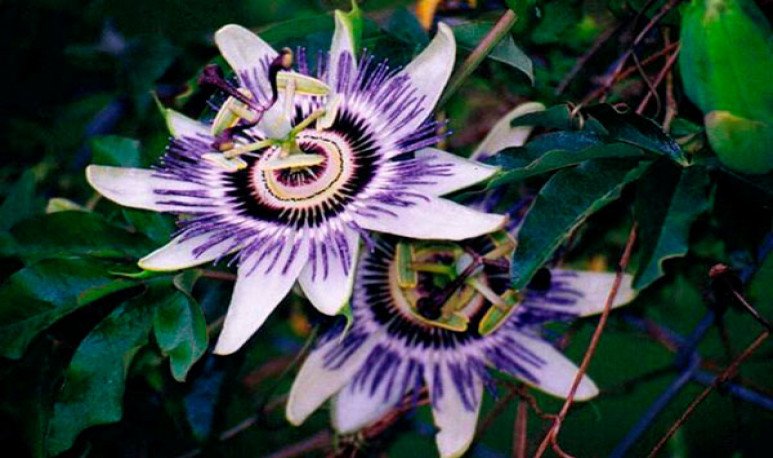 National flower of Paraguay, department of the province of Corrientes, National Park or, the name of a plant. These are some of the particularities that we can add to the curriculum vitae   mburucuya   . And since we know that behind all beauty with mystique lies a story, we wanted to inquire about it. So let's talk a little about what is said about its creation in the   littoral   Argentinian.

The   legend   Guarani revolves around a priest who came to the north-east missions for a great purpose. He intended to preach the teachings of the Divine Master and crossed every day   selv   to search for Indians to convert. Until something different happened as she crossed a bite: she heard the desperate cry of a girl who was chased by a yaguareté. To save herself, the little girl had taken refuge in the branches of a weak tree, and the priest went there. However, his bravery aroused the fury of the animal, which led him to shout at the creature to flee quickly.

In this context, the yaguareté abandoned his stubbornness with the girl to pounce on the priest. He did it with terrible bumps and scratches that ended his life. Sadly, man's blood watered the earth on which a plant was later born. It was the mburucuya or passionaria, whose flower reminds the world of the poetry of suffering for others.

Mburukuja     and their forbidden romance

Mburukujá was a Spanish maiden who had arrived on Guaraní ground with her father, who was captain. In fact, his Christian name was not that, but the one given to him by his beloved, a young Aboriginal. The couple looked sneaking away from Mburukujá's father, since the man would never have allowed the union. Instead, she had in mind to handcuff her to someone she did not love, which brought out the most despot and authoritarian side of the sailor. So lovers could only be seen sneaking, late and less often. While she couldn't go out at night because she couldn't circumvent parental surveillance, he did it for both of us.

Hidden in the shadows until dawn, the chieftain left the place without seeing his beloved. However, before he retired he played his rustic cane flute, trusting that the sounds would come to him with the wind. Until one day the melodies stopped listening and Mburukuja looked for the boy the next night. Inside he never doubted that the absence was due to disinterest, but because he was badly injured. But the boy never came back and the anguish seized the young woman, passing on in her sad and painful gaze.

Finally, one sunset she learned thanks to the mother of her love about the tragic fate she had. Mburukuja's father had murdered him. So the maiden insisted on going to the remains where the boy rested: an aerial tomb, as the Guaraní custom dictates. There, he dug a pit where he deposited his mistress's body and on him nailed to the heart with an arrow.

The deadly weapon made of feathers that the chieftain had given to Mburukuja remained on his chest like a stake. But from it had sprouted an exotic and strange flower. On the indication of the young woman, the boy's mother took care of burying them together and, at the time, she was amazed at what she found. On its tombs, a plant never before seen until then grew with strength, which was the   mburucuya   . From there was the legend that continues to be counted today among the inhabitants of the jungle and the river.

A poetic recipe: sweet from mburucuyá