We tell you the story of Ruth Ahrensburg and his Con Voz foundation, which helps thousands of victims in the province of Córdoba. 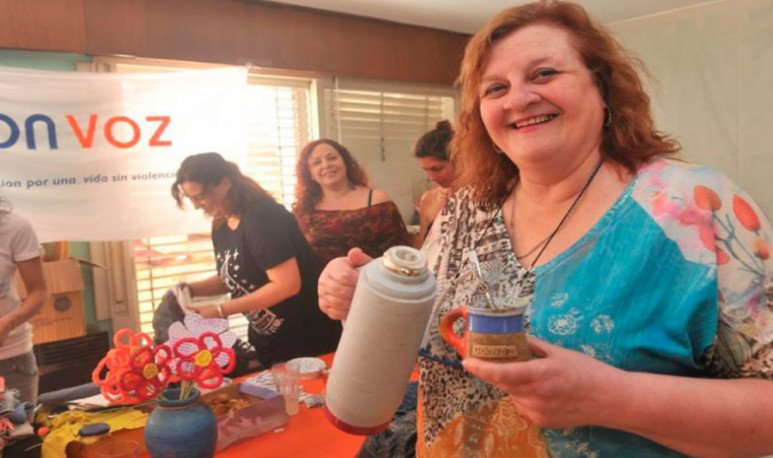 More than 25 years ago   Ruth Ahrensburg knew how to hear the needs of the women of his time. He was approaching the problems that mothers and wives had within the family nucleus. And he found alternatives to help them. Then he founded Con Voz.

At that time,   complaints systems,   and even the terminologies that were used around   gender-based violence,   they weren't the same. The femicides were called   “crimes of passion”   . Society assured that, in order for love to exist, he must have felt possession.   “Without jealousy is not love”   He was one of the slogans that shaped relationships.   “Feminism”   , the word that today would bring together an ideology that claims and defends women's rights and dissidents,   was not commonly used.   From a while to this part, the picture changed a lot. Little by little the claims became visible. And, although much more is missing,   We're moving forward little by little.

However,   Ruth Ahrensburg   identified the needs of these women very early. He knew very soon that he had to do something to save them and keep them away from situations of violence. Started from a   parish of the Liceo neighborhood   , to which women who needed help with their children came to. Because they had behavioral problems or learning difficulties. But, little by little, Ruth knew that the problems were deeper, they needed a   formal and special treatment.   So he began to contact these people who were in situations of violence. With ant work and spider patience, he managed to form ties with them and help them. Ruth initially housed the victims in his own home and provided support of all kinds. But this solidarity support network became irrepressible...

With voice, we shout

With the support of family members and other women,   found With Voice   . An NGO that aims   eradicate gender-based violence.   This non-profit organization carries out educational projects, group treatments and programs for all ages. The psychological containment and support they provide since the foundation are key to   save lives.

Moreover, they do not focus only on women victims of gender-based violence. In Con Voz make a   holistic work   , which involves   to form children free of violence   . Throughout his career, the participants of Con Voz were   broadening their horizons.   Today they attend   children and adolescents in situations of violence   family and sexual abuse. They accompany women in situations of gender-based violence. They generate dissemination and training activities for the prevention of different types of human rights violations. For example, they also work around school violence and bullying. In addition, they raise awareness and sensitize generating new constructions of masculinities from their workshops.

The Con Voz Foundation   today is a fundamental pillar for the growth of Cordovan society.

Ruth and the group that makes up the organization,   fight with voice.

We continue to take care of those who care for us

Rugby, organized for the pandemic