An initiative that rewards the best ideas with social innovation in the country. 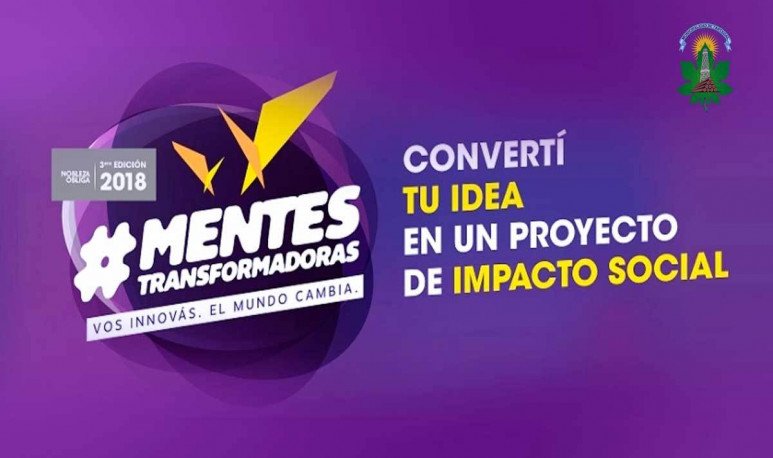 A training model for social organizations to offer free activities to young people in cultural centers in exchange for solidarity collaborations and a sustainable vertical cultivation system, are two of the finalist projects of 'Minds Transformers. The initiative that rewards the best ideas with social innovation in the country.
The program, run by Fundación Nobleza Obliges, has already selected through a competition nine of the 1,089 projects presented in the provinces of Misiones, Córdoba and Mendoza. It will continue in Salta and Buenos Aires to conclude next March in the city of Buenos Aires.
“ Young people, instead of paying with money, undertake to return teaching hours in solidarity. With recitals, accompanying older adults, with kermes in public schools or night trips to dinner and talk to people in the street”. Julián Bronstein, director of the Académie Solidaria de Arte (ASA), told Télam from Córdoba.

ASA's project was selected for its innovation and social impact by the Nobleza Oblige Foundation, along with two others in the province.
Bronstein's idea, which has a validity of ten years and 17 offices operating in the provinces of Córdoba, Buenos Aires, Santa Fe, Chaco and Misiones, was formulated to teach this model of “Solidarity Return” to social organizations.
At the moment, the project totaled a thousand students and a hundred volunteers and was incorporated as a state policy of the Córdoba Youth Agency and the provincial Ministry of Health.

Netponic is the vertical sustainable cultivation system that was the regional winner of Mendoza, along with three others.
The proposal is to offer a culture system based on hydroponics (they use aqueous solutions with dissolved chemical nutrients instead of soil).
“ Vertical agriculture hasn't developed much yet. We present it with vertical pipes made of recyclable materials. In this way, we managed to increase production by 400% per square meter and reduce water use by 95%,” one of its creators, Matías Lambrese, explained to Télam. The 33-year-old Mendoza defines himself as an innate entrepreneur and devised the project earlier this year.
For her part, the co-founder of Fundación Nobleza Oblige, Liliana Larrarte, claimed the importance of recognizing the contribution of social organizations in their daily work. He said that there are more than 130,000 organizations that undertake in the country.

One goal, one field

"Give a hand to help each other get ahead."