The charity lunch, organized by the Grupo América Foundation in Mendoza, had a record fundraiser. 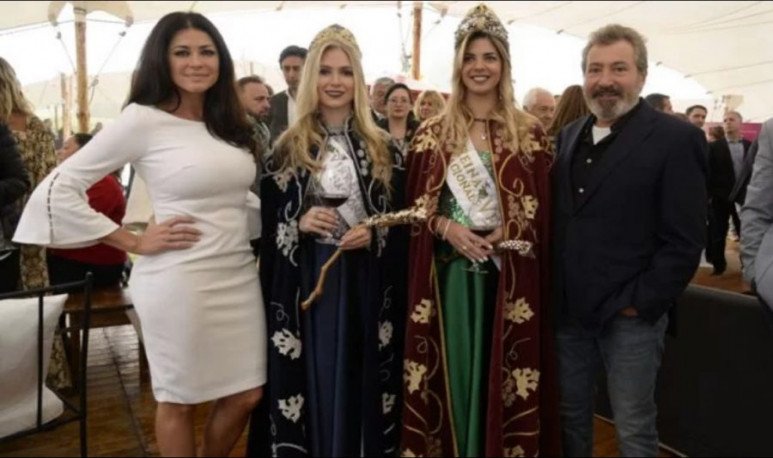 The 14th edition of  Harvest  Solidaria, a charity lunch organized by the Grupo América Foundation in Mendoza, had a record collection of 16,172,500 pesos.
The lunch was attended by the brand new  National Harvest Queen , Maria Laura Micames, and the Virreina, Luz Martina Mercol, who will participate in the actions charitable ones that will be realized with the proceeds.
The aim of the Solidarity Harvest is to contribute to the comprehensive development of children and adolescents in the province of Mendoza, through programs that address the needs of civil society organizations, hospitals and schools.
The meeting was held at the San Isidro post, a place located in the middle of the  precordillera  Mendoza, with a record attendance of more than 600 guests. 85 companies donated the funds with which they reached the raise more than 16 million pesos, through the purchase of cards for this meal, whose catering service was organized by the company “Maten al chef” led by the famous winemaker Alejandro Vigil.
Lunch usually brings together important figures from local and national entrepreneurs, as well as officials and figures of the show such as Moria Casán or the president of River, Rodolfo D'Onofrio who participated in this edition.
Attendees also included Sergio Massa, national senator Miguel Ángel Pichetto, presidential pre-candidate José Luis Espert and the national deputy of La Campora, Eduardo “Wado” de Pedro.
The Foundation reported that, in the 13 years of Harvest Solidaria, received contributions from 517 donors and raised more than 8 million dollars with which 560 institutions benefited from Mendoza institutions in the areas of health, education, and sports. These donations reached more than 359 thousand people from all over the provincial territory.
Daniel Vila, president of the Grupo América Foundation, announcing the amount collected, said: “This year we were hesitating to organize this meeting, but we decided to move it forward the same, and despite the economic situation and the enormous difficulties we face, we have not only been able to do it. this party, but we have broken all the collection records.”
The meeting was conducted by Mariano Iúdica and Carolina Losada, and had as a closing show the performance of Mariano Cantero, leader of  Los Enanitos Verdes , an icon of Mendoza rock band.

The Solidarity Network was nominated for the Nobel Peace Prize