Home Argentine Solidarity fingerprint Solidarity love: over the last nine years they made and gave away more than 9 thousand toys

Victor and Rita build trucks, puzzles and arm dolls to give kids in homes and dining rooms. 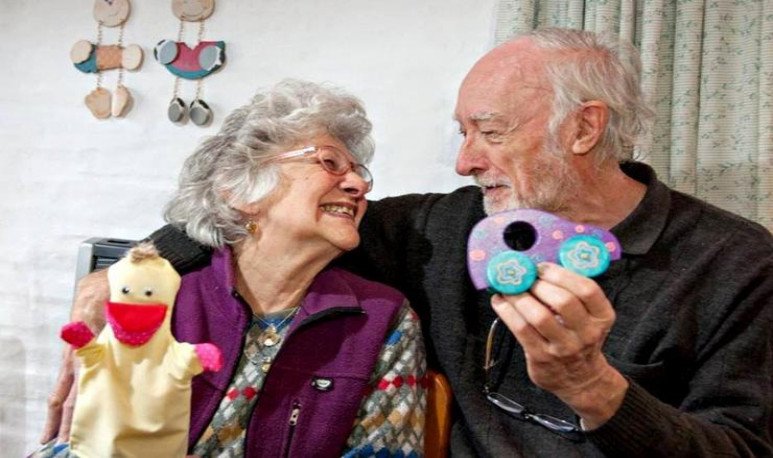 The love between Rita (82) and Victor (84) is so great that they decided to share it with a lot of children every year. They both gave away around 9,000 toys in the last nine years and hope that more and more  children  can have their Own toy  .
Both have been together for 61 years and a decade ago they turned their house into a workshop and a warehouse, where they manufacture, repair and paint toys. Once ready, they pack and wrap them to take to  canteens  and homes all over the country,
but this solidarity marriage has a peculiarity: when they carry the gifts do not want to hand them in hand, because they like to generate enthusiasm to the guys who receive them. Despite this, many times, some of the little ones see them leave and run near to embrace them.
Rita says that neither of us knew how to make toys, but that with love and a lot of patience they began to design the models.

A project full of love

“The one who started was my husband who collaborated with the Vicente López Food Bank classifying the food that the volunteers later took to the dining rooms, and he saw that many boys didn't have to play with and he came up with making toys for them,” says Rita and follows: “He told me to have I told him that I was going to take care of things for the babes: not only dolls, but also hand puppets, finger puppets or cloth boards so they could draw.”
The gifts are made with recycled wood, fabrics that gave them and objects in disuse. But the desire to help was increasing so in 2009 they created the NGO UPA: Unidos Para Aguidar. Since then, they have volunteers with whom the tasks are distributed.
“ My lady first looked at me to see what I was going to do. The goal was always for a boy to have a toy from him, not inherited, not borrowed, even if modest, that is his own,” explains Victor.
Years pass, but the longing to help remains and they want more and more people to get infected, to have more volunteers to do something to help others.
The key for both Rita and Victor is to understand that  solidarity  must exist throughout the year. “For the kids it would have to be Christmas all year, because maybe at the holidays some groups get gifts, but there are others who don't. If more people were added, if they thought five minutes each day that he can do something for the other, the world would be better.”

Julio Bocca and the Great Gala for children