San Juan snacks were assisted with food that was purchased with the proceeds of fines for violating the quarantine. 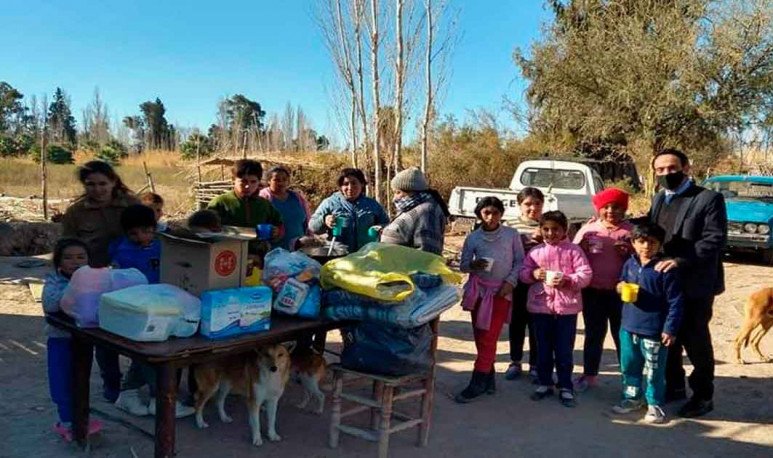 San Juan snacks received $1,330,000 pesos for the purchase of food.  The money was collected from fines made to those who broke social, preventive and compulsory isolation. The provincial Government considered that the persons sanctioned violated public health and committed contempt of authority, and that they would also be required to carry out  community work.The decision was taken in the context of the  crisis  experienced by many families in Argentina as a result of the pandemic .

When choosing the destination of the money was thought of those who needed the most and, due to the critical situation of the picnic areas in the province, it was decided to use it for the purchase of  food . Mostly sugar, cocoa, milk powder, tea, orange juice, polenta, flour, noodles, among other things.A way to invest in a necessary cause the money collected from fines.

The need to assist in times of crisis

The initiative came from the  Chamber of Deputies of the province of San Juan,  which decreed to give it an end in solidarity and send the proceeds to canteens in different departments of the province, such as Rivadavia, Sarmiento, Rawson, 25 de Mayo, among others. Some of the beneficiaries were Donate San Juan, Little Dreams, Smiley Caritas, Fundación el Camino, Rinconcito de Luz, Smiley Hearts.

Since the introduction of the various prevention measures in the country to curb the coronavirus, one of them was to fine those who leave their homes without need. To date, 434 persons had been punished and as  a result, $1,336,230 had been raised. Attorney Daniel Guillén said that “this symbolic amount went to Human Development at the beginning, but in the last time we went directly to the picnic because there is a lot of need for children for food and clothing.”

The sum was reached — for the most part — by fines for young people who held  clandestine  parties  , contradicting social, preventive and compulsory isolation , which implies that meetings should not exceed 12 people. However, despite the recommendations, there are still those who contradict the rules putting their health and community well-being at risk.

Along the same lines of punishment, the defendants had to make  symbolic reparation  by carrying   donations such as shoes, bedspreads and stockings, since the main needs of these vulnerable sectors are food and clothing. Another of the measures proposed for those who did not comply with safety standards to curb the spread of COVID-19 was the carrying out of community work for periods of two to three months. In other words, those who have been punished will be  suspended if they perform unpaid work in different municipalities.

“I believe that this reparation somehow tries to return it to society through resources intended for poor people. This need was seen and that's why the Public Prosecutor's Office requested it, so we think it's a way to give a hand to those who need it most,” said Attorney Guillen.