We can all do something to banish child labour. It is time for solidarity against this evil of big cities, run by mafias. 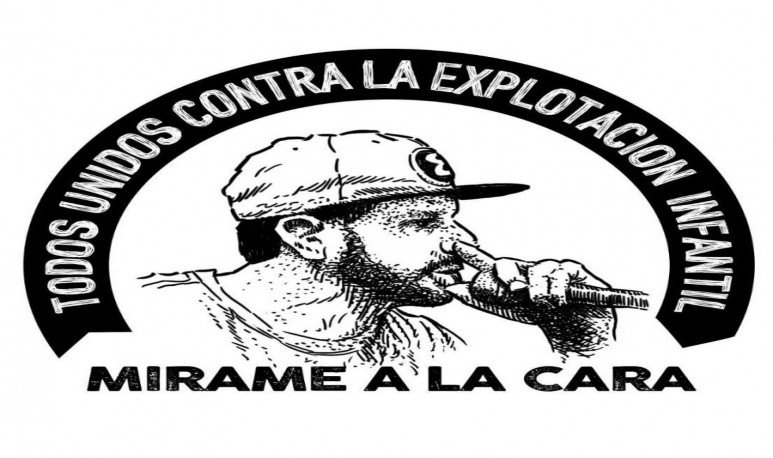 Like all megacity,   Buenos Aires  surprises at every step . Of course a rapper has nothing surprising, nowadays. But on the subway there is one particular good: he  raps against child labour and its mafias and goes for solidarity .

His name is  Pablo Carballo . He climbs with his beanie, as a good rapper, and his stereo. Aware that they can go find him from the   mafias  that drive the street kids . He doesn't care. Also aware that people are very indifferent to them. Give them a couple of coins to get them off. They avoid getting involved in something they're already involved. Avoid seeing. They avoid real solidarity.

But Paul is also aware that something can be done against child labour.

Four years ago he created an NGO called “ Look me in the face ”. That's what he needs when he raps. What he wants when he sings to a boy exploited by child labour.

Sing very well. He does something much better.

He says kids don't have to give money or leave the prints or whatever they sell . That's more encouraging child labour. That helps the mafias. Seek solidarity.

But since that doesn't end helping,  you can get a little involved . It doesn't need to be as much as Paul does.  Collaborating with your NGO is something . I know that inside child labour is not as severe as in Buenos Aires. That there aren't so many mafias. But  you can collaborate the same  from your province.

He's a perverse evil. That no one wants for their own son. But  it would be nice not to want it or at least promote it for poor boys . As President  Macri says: " Neither can the rich live in a country of poor ”.

So solidarity. To help Pablo.

The first: collaborate in an event on June 12. Search it on   Facebook  :

Get involved. Collaborate. In solidarity we can banish  child labour  .