The food delivered is equivalent to about 18 thousand dishes of food. 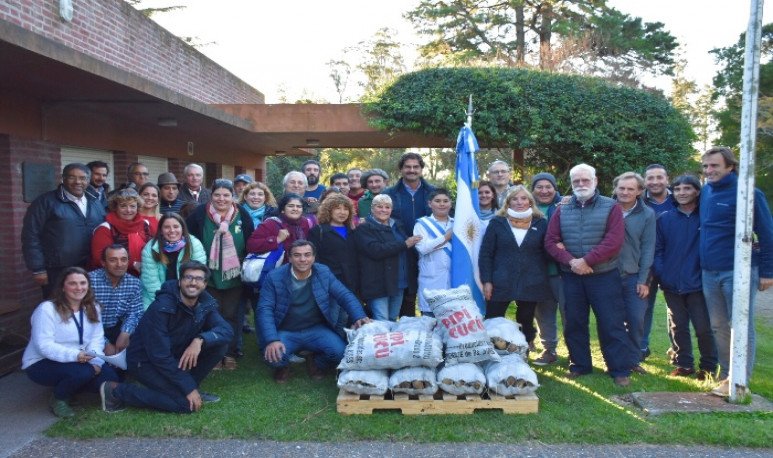 Teachers and students from educational establishments in the Miramar area  handed over 260 bags of potato  harvested in the Experimental Farm in that city, reported the Ministry of Agribusiness in the province of Buenos Aires, the promoter of the solidarity initiative.
This is the second edition of the so-called  “Solidarity Pope” , which the provincial portfolio carried out together with the Civil Association MobilarSE, the municipality of General Alvarado and sponsoring companies of the program.

Minister Leonardo Sarquis said that this type of solidarity initiatives “has to be done every year because we have the possibility of having a farm where you can do this kind of value-added and agribusiness with a social focus”.
Sarquis said that this experience will extend to other parts of the province and did not rule out that in the Miramar area a solidarity “collide” is also implemented.
The province of Buenos Aires has 14 experimental farms located in different parts of the Buenos Aires territory that carry out permanent tasks of extension, research and knowledge transfer.
The potato delivered equals about 18 thousand dishes of food  that are prepared in different institutions, such as schools, canteens and hospitals, it was reported.