Home Argentine Solidarity fingerprint Neither did the pandemic stop them: a group of santiagueñas women continue to collect donations for a noble cause

We tell you what Grupo Volver a Vivir is all about, where Santiagueñas women continue with a campaign to help others. How can you collaborate? 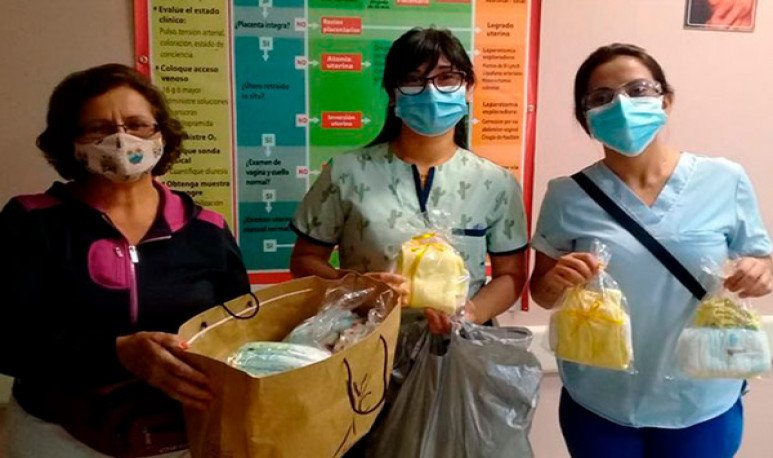 The  Volver a Vivir  group was created 15 years ago in La Banda,  Santiago del Estero , with the aim of bringing together people who have been diagnosed with diabetes to carry out a project of Nation.The members are elderly women who used to meet before the pandemic at Club San Carlos de La Banda. There, various activities were carried out, such as folklore classes, yoga, crafts, gymnastics, among others. The group also carried out actions to help those most in need, for example, on special dates they collaborated with awareness-raising activities for the good of society.

Currently, the group is composed of 33 women, and the  pandemic  has not prevented them from continuing to carry out charitable acts, as the group is united by a force majeure: solidarity. That is why this group has managed to not stop for this noble task. In this regard, a few weeks ago they made clothes for newborn babies and were donated in the maternity ward of the Integral Health Center of the Banda.

Before the restrictions due to the pandemic,  Return to Vivir  also used to collect food, cloth, clothing, diapers, among other items that were then donated to people in situations of vulnerability. Thanks to their love for their neighbor, a virtue that characterizes them, during the first days of last month they carried out this campaign with the support of the Office of the Elderly to collaborate with moms and their babies.born of that nosocomio, which were made up of whites, diapers, half-bears, booties, among others.

For this reason,  Ser Argentino  agreed to an interview with  Silvia Susana Vélez  , one of the members of the  Volver a Vivir Group  , and told us that the group was born in 2005 for a Nation project for people with  diabetes , and over time, people with different pathologies arrived and a group of 64 women formed. “We are currently 33, and before the pandemic our activities were developed in Club San Carlos, located in Alberdi and San Juan streets, La Banda, Santiago del Estero. Activities in the club were suspended as we are older people,” he told our media.

Regarding the name that the group acquired, Susana told us that it is called “Back to Vivir, because for us it implies a change for our lives,” he said. Although the group is made up of women, it is not an impediment that men can also be part of the group, explained the santiagueña. He also told us that “the activities they carried out were workshops of memory, porcelain, on the other hand gymnastics, folklore classes, talks with the collaboration of doctors, we also held a women's awareness campaign  on the importance of conducting important medical studies such as pap smears, mammograms, etc. We take care of taking the shifts so that women do them and explain to them about our care,” he explained.

In addition, the group Back to Vivir worked on the 100.000 hearts campaign that “every year in the month of premature, the group makes “whites, pants, boots and we receive donations of diapers and then we give all this to the Maternity,”  Susana  explained to Ser Argentino.

Finally, he recalled that this year the  Volver a Vivir  group turns 15 years, and regarding whether they have a president or any State agency that supports them,  Susana  told us: “We have no legal personality, we do not have president, we handle ourselves as group, that is to say that the decisions are all made together. We also make trips and all expenses are on our own,” he added.

In this way, the group made up of older women Volver a Vivir continues to collect donations for a noble cause. If you want to collaborate with the group you can contact the following number:  (385) 5824418 .