With videos, messages and sponsoring the little ones, the group of Mendoza superheroes “El Squadron” did not miss the celebrations for Children's Day. 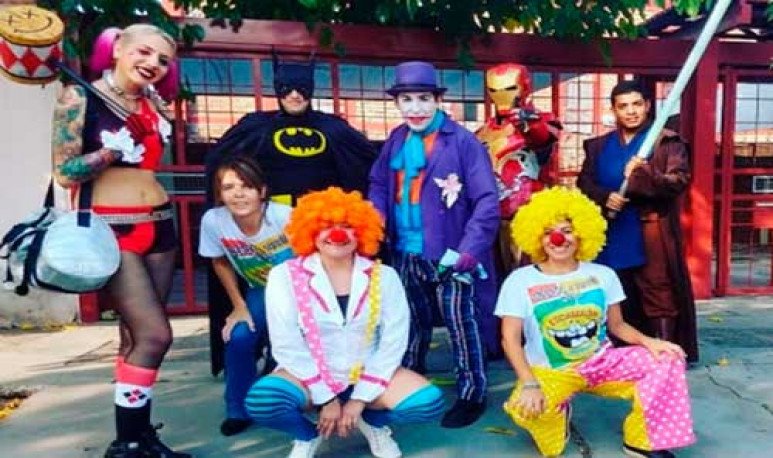 We all have a favorite superhero.  From comics   , stories, movies, novels or stories. From either side these supernatural characters come to entertain us and ask us the utopian idea that they may exist in reality. Although, not so utopian for the boys from the picenderos “Pancita plena” and “Rinconcito de Alegría”. It's just that the children from these places received the Mendoza superheroes during their day .

It's about  “The Squadron.”   This group is made up of the most important superheroes from Mendoza. They attend dining rooms, picnic areas and hospitals to make children spend an unforgettable moment.  But, this time, they could not be among boys and girls who pounce to embrace and kiss their idols, as usual, because of quarantine.

However, the Mendoza superheroes did not want to miss the celebrations and were present, in their own way.  Not only were they part of solidarity campaigns in “Pancita llena” and “Rinconcito de Alegría”, two picnic restaurants in   Maipú .In Rinconcito de Alegría, in addition, the superheroes were godparents: each was assigned a “godson” to whom they sent gifts.

But, in addition, thinking of not being distanced from the children, the members of El Escuadron, filmed a video.  The idea was to give the boys hope and joy, during the confinement.

The thing is that, for this year, because of the difficult economic situation we are going through, from the picnic area they warned that they could not make the usual gifts.  Learning about the situation on Facebook, the superheroes did not hesitate to go to the rescue of the little ones, assigning a guy each and sending him a gift.

In this way, and although they could not attend with their special costumes, the superheroes were present.

Meanwhile, in the picnic “Pancita llena” they were part of a solidarity campaign to gather merchandise and toys, the same action will be carried out in the dining room Regalo de Dios,  Las Heras.

The formation of the squadron

The goal of Mendoza superheroes is not to animate parties and charge for each event they attend. But they do it in solidarity for events in places where children need more joy.

In total, it is about 40 people, although only 6 or 7 are encouraged to wear the costumes of superheroes or famous people. There are Disney princesses, superheroes and Marvel villains. The rest are dressed in civil to events and collaborate in solidarity actions.

Thus, this altruistic group of people makes a gift to themselves while giving something to children. It is that the satisfaction of helping others, being supportive and drawing a smile on the little ones with very simple things is, many times, a much more important gift.

As in the whole country, Children's Day of this 2020 was totally atypical. The parks and  squares  did not wear the smiles or told the cries of joy of the little ones who usually attend these green spaces to have fun in their day. On the contrary, only police officers were seen checking that no one was on public roads violating quarantine rules. Hopefully by 2021 this is just an anecdote.