The team's crack, Lautaro Martínez, made a major donation to a hospital in Mendoza, the birthplace of his girlfriend. 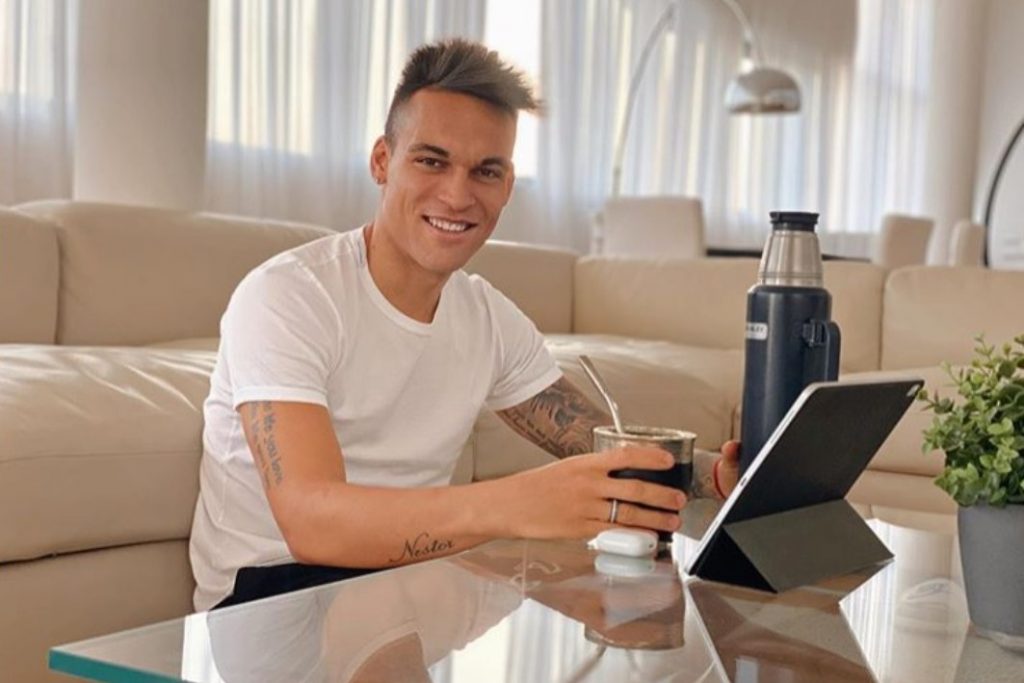 Maybe you had, for years, a bottle of gel alcohol in your house, full, and you wouldn't touch it. Or you'd open a drawer and come up with an old chin that you once wore to disguise yourself, and there it was, dusting. And all that, now, seems irresponsible. The lack of such products is of concern. Prices increase and we regret not having saved or cared for those items at other times. This is the same concern that hospitals feel, which desperately need all that to care for those who care for us: the doctors. However, in the Hospital El Carmen, in Mendoza, they breathe air of relief, at least for a few days. It's just that Lautaro Martinez , encouraged by his girlfriend, the Mendoza Agustina Gandolfo, decided to donate a lot of sanitary elements to this hospital. Inter Milan footballer and his girlfriend made the first part of an important health donation in the midst of the pandemiccrisis. And it is expected that in the coming days another part will arrive, highlighting the kindness of Lautaro.

The items sent are gloves, chubs, alcohol in gel and camisoles (dressing gowns for health personnel). Donation comes through of the bride's family, who lives in Mendoza.

The institution is grateful for this donation and continue asking for more people to join, as Lautaro and his girlfriend did, to actions like these. In addition, from OSEP, the social work of employees of Mendoza, highlighted that they received also donations from hotels such as Hyatt, NH and The MOD.

It is worth remembering that, a few weeks ago, the player of the Argentine National Team, who is in the sights of Barcelona, made a huge donation to the hospitals of his hometown Bahia Blanca. At that time, the striker's dad announced that Mendoza would also receive assistance .