The project was made possible thanks to funds provided by the Garrahan Foundation. 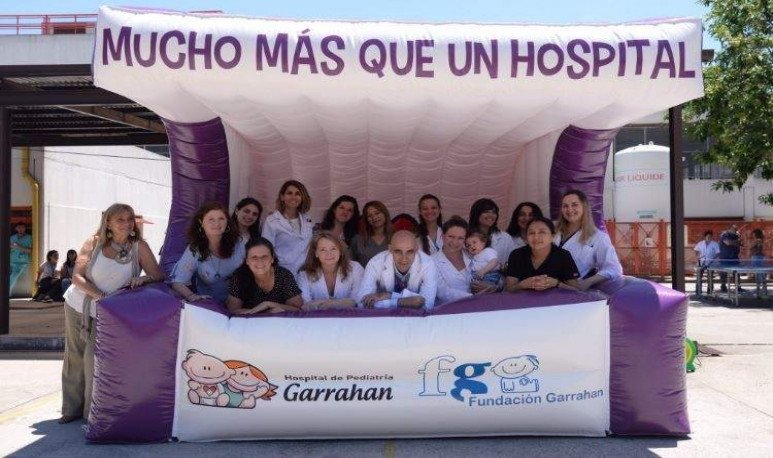 By: Gabriela Saavedra
The Juan Garrahan pediatric hospital will open the doors of a new vaccination center, the largest within a health center in the country, with an area of 256 square meters that "will increase care by 30 percent and generate greater security in disease prevention," announced the authorities."It is the largest vaccination center in the country with direct access from the street. This will give greater security to the children we serve, some of whom are immunocompromised, and to the healthy who will not have to go through the entire hospital to get vaccinated. From the operational point of view and security is of the first line," said Garrahan's chairman of the board, Carlos Kambourian, to Télam.Rosa Bologna, head of Infectious Diseases at the hospital, remarked that this new center will have a larger capacity of 256 square meters compared to the previous center, which has 33 square meters."The vaccinators will be able to attend from each of the six clinics, which used to work two per stretcher, and we expect to surpass by 30 percent the attention, which this year was around 51,000 vaccines applied," Bologna said.In addition, he stressed that the new health center will provide better technical and monitoring conditions, with a doctor's office that will advise on the possible effects of the vaccines on certain patients.The Garrahan vaccination center responds to the new Vaccination law, passed last December 5, which declares it of national interest."In the context of the new law, this project will encourage people to get vaccinated, because perhaps people didn't know that there was a vaccine in Garrahan," said Kambourian, who explained that initially it will focus on "children and at-risk public, for example, pregnant women, and in the future we will include the rest of the adults.The center's project was conceived five years ago and was made possible thanks to funds contributed by the Garrahan Foundation and those foreseen in the hospital's budget for a total value of 20 million pesos.The site will have highly trained personnel to handle vaccines for healthy children and basic diseases that require a special calendar and will also serve the family groups of patients.In addition, it will have a green space and a dry plaza at its entrance, as well as a large bright waiting room that is "friendly" for children.There will be special areas for the storage of vaccines with storage for material, another exclusive for refrigerators that will store vaccines, another for residues with exit to the exterior, offices for nurse and medical coordinator, in addition to a traveling team that will visit the Hospital daily to vaccinate the children and girls interned.Source: Télam

One goal, one field

"Give a hand to help each other get ahead."

"There are no first-rate or second-rate patients."