Home Argentine Solidarity fingerprint A detour to the root

Diversion to la Raíz is a valuable agroecological project in the interior of Santafesino. Its driver is the son of renowned singer Rubén Patagonia. 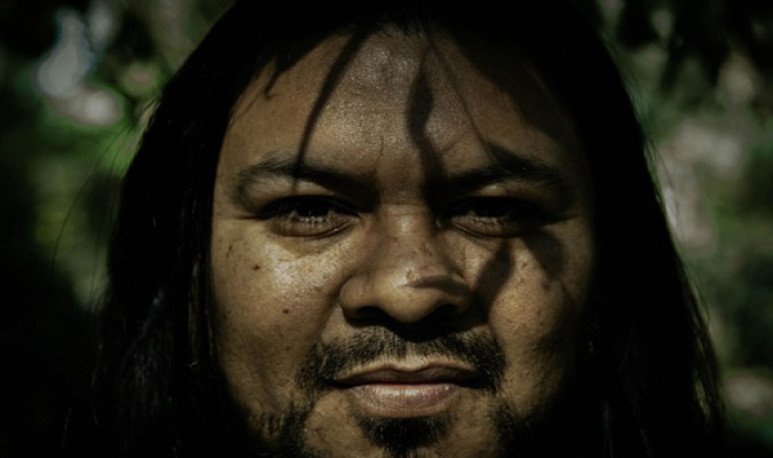 Jeremiah Chauque was born in Comodoro Rivadavia, Chubut, and has  Mapuche blood. He is a musician, author, composer and artistic producer,  son of the renowned artist Rubén Patagonia , whose musical band is up to today. He has also accompanied  León Gieco , Almafuerte, Divididos, Fabulosos Cadillacs, La Renga, Victor Heredia, Lito Vitale and Peteco Carabajal, among many others.

On one of his artistic tours of the Cosquín Festival, he met a beautiful woman from Desvío Arijón, province of Santa Fe . They began to bride, until one day they decided to get together, they had two children, and  in the meantime, they decided to live in her village. The project was to work the land , a four-hectare family garden.

Arijón detour has about 4000 inhabitants, mostly  humble people who came from the north to harvest strawberries  and left behind. It is 32 kilometers from Santa Fe capital and 11 from  Coronda , fruit center par excellence.

Over time, young people discovered many shortcomings in that community and in that payment, to the point of being faced with a dilemma : either we leave or we stay, but committing ourselves to change this harsh reality. They took this last option . They started organizing meetings with their neighbors, with long matting. Step by step they led to a nascent cooperative, now in the process of being registered, among all the peasants.  There they develop what they call ancestral agriculture,  agroecological, organic gardens, which they called Detour to the Root.

It was a slow task of recovering the values and tasks that, almost inadvertently, had been losing, until they were left without identity. Working just to survive. No time or opportunity to have your vaquitas like before.  Many, with diseases caused by fumigating  themselves, by hand, or by foot, strawberries.

Back to the bases

In those meetings they began to remember that there was a time when the people respected their  grandparents , that their children and grandchildren played free and healthy. That the countryside was synonymous with health compared to polluted cities. They remembered that the village was completely covered with an exquisite and fresh mantle of strawberry scent. Therefore, today they insist that  “we must move backwards”, recovering all the good of the past , which they consider should never have lost.

It wasn't easy. But so much effort paid off and, recovering the culture of the courtyards of small villages, they were getting seeds. By cultivating, reassembling their chicken houses and creating organic gardens, they organized themselves to sell to the capital, attracting customers through the networks. Today there are many neighbors that have between 1 and 4 four hectares cultivated. They earn more than when they were hired.

The cooperative already integrates 35 grouped family groups, who take their crops to consume among 150 families in the city.  When they sell to Santa Fe at low prices, customers take pictures of their healthy products, and together with them. They receive them as “superheroes” who come alive and hope for a better world for our children.

Jeremiah  developed his leadership capacity. Today he is the coordinator of Detour to the Root. He  is also a reference for the Ancestral Agriculture Forum in Santa Fe and, in addition, the Santafese Support Group for Mapuche Communities .

The collective works hard to raise awareness in the community. In the local health center, they already manage to offer medicinal  herbs  alongside Western medicines. They also organize courses for the creation of orchards with educational institutions in Santa Fe and the municipality.  The idea is to continue multiplying agroecology in the region.