For Venezuelans, our country is a paradise. For the planeros, too. Except for those who break up working, Argentina is wonderful. 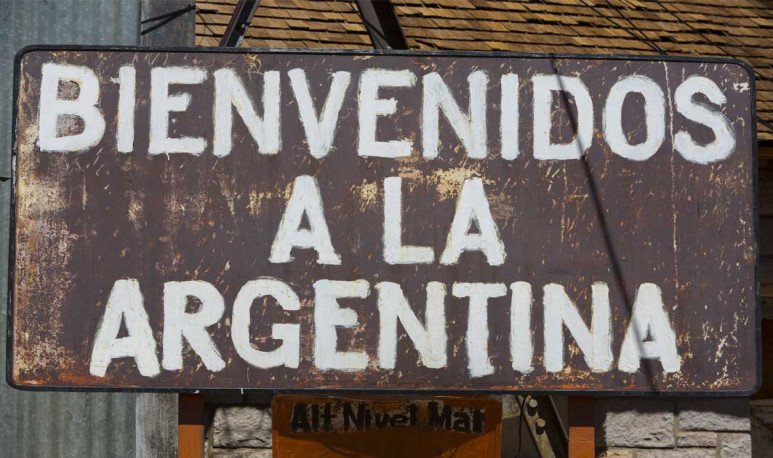 For years, they wanted us to believe that in  Venezuela  there is a paradise. That Maduro is the Plus Ultra child of democracy. It may be. Look, I haven't been lately.

The weird thing is that being so cool to live in a country that has  oil  enough to supply the world, people get away. It makes me remember Cuba. They're escaping across  borders . They walk months to get to another country.

It seems that paradise is us

Since 2012, more than 170,000 people arrived in the country. Of the around 4 million Venezuelans who escaped paradise. They are the population with the highest  immigration  in  Argentina .

16,000 are engineers. 10,000 administrators, businessmen or accountants, 4 thousand doctors, 3 thousand lawyers and 2,000 journalists. It will be that with the doctors they are the most related to the average Argentine. Because there are even anecdotes with these noble professionals.

The  Government  was already working to relocate them to the interior of the country. Because, logically, most are established in  Buenos Aires  and GBA.

The crazy thing is that they get laburo right away

Rare, in a country with 10% unemployment. With people who haven't got a job for 15 years... Would it be that Argentines prefer to live in the unworthiness of charging a plan? Are you not interested in the honor of maintaining a family? Or teach those children who bring to the world five or six, that the path that will take them out of poverty is education and work?

Maybe they'd rather live in a villa, no drinking  water  , no sewer. But hung on the light and the wire. With shoes of 5 thousand pesos and 15 thousand cell phones... Beautiful.

And we, the 13 million workers who bank our taxes on 12 million planeros (and 7 retirees), have an obligation to “give them.” Because what they claim, without work, from the state, we pay for it.

But do you know what is the craziest thing? It's our fault for not voting well. Because these people come to that, because there was never a state that taught them. About  education  and work. Quite the contrary, they prefer them gross and poor. To have them as customers. Tamed by political leaders and manzaneras administrators of plans.

We are a paradise for immigrants (Venezuelans, Bolivians, Peruvians, Paraguayans). For the bloodsucking planeros. For everyone, except for the ones we work. The ones we work are the only ones who pay taxes. And above, the Porteños, we have to endure our besieged and dirty city every holy day. Except on weekends.  Saturday  and Sunday, the boys don't “work”.

And being lazy is a little bit. They pay plans and pay them to go to the marches. Who's gonna be interested in keeping them, right?

Either we change or we don't go out anymore. Posta.