Home Argentine Politics and Economics The house of notebooks

An Argentine series of softcover directed and starred by Centeno 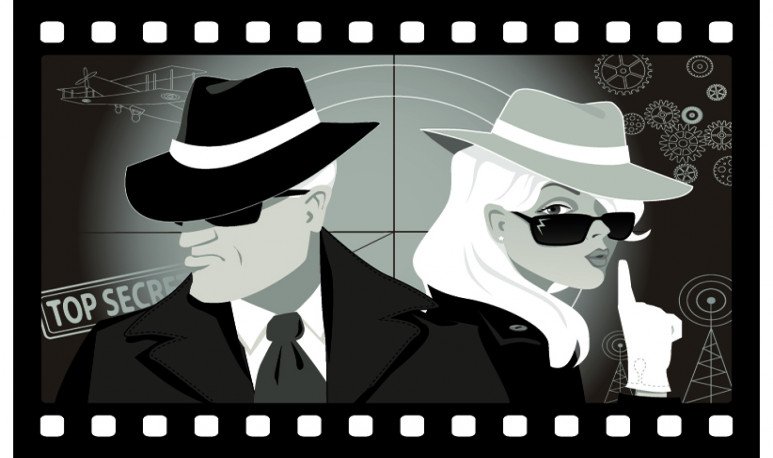 By: Sebastián Aurucci
An Argentine series of softcover directed and starred by Centeno Undoubtedly, the Argentine reality could be an inexhaustible source of inspiration for writing the scripts of many series. But unfortunately for writers, overcoming Argentina's reality is a challenge that not even the creative freedom that fiction provides is enough to make a better product. On the other hand, the fact that this series on the notebooks was edited in "analog" format instead of "digital" format almost puts us on the verge of losing this masterpiece, if it were not for a group of researchers who took the trouble to digitize it, since according to its actor and director, it burned the originals, displeased by the repercussions of its work. The series is an exciting thriller that describes in detail the life of a driver, Mr. Centeno, who is transformed by circumstances into a "shrewd observer" of a criminal network allegedly orchestrated from the highest levels of political and economic power. Contradicted by these events, a sense of justice emerges in Centeno that leads him to document the adventures of these criminal groups. But at some point Centeno loses his way, feels like a participant underappreciated in his driving skills, which are not well rewarded and speculates on a revenge that he does not execute. The decisive turn is brought by love, since despised in her feelings for Centeno, he ends up being betrayed by his partner. A scorned lover unleashes a judicial whirlwind, which due to the winds, falls in the court of Dr. Bonadio. As far as we know, the second season is already being filmed and is about politicians and businessmen deploying their strategies to get out of the judicial processes that seek to convict them. Let's see what the critics say about this "series" "The character of Centeno is very interesting, of a complexity worthy of an Argentinean. A duality persists in him that haunts him every day, at least from 2005 to 2015. While he is consumed by the idea of witnessing criminal acts, he decides not to denounce them but to collect names, dates, itineraries, amounts and everything relevant to extort whoever is needed at any time. I am perplexed by how well the concept of justice is characterized in the character", said the critic specialized in psychological issues. "I am interested in highlighting the role of the People as a supporting actor. The people know what is going on all the time, but yet they play their role so well that it goes unnoticed and unresponsive throughout the series. It must have been a titanic task to find so many people with the capacity to be indifferent to everything so that they can act as a people," said a casting specialist. "It's such a detailed description, so focused on the logistical scheme that it made it possible to coordinate the delivery of money by corrupt businessmen and politicians, that I'm already anxious to see the sequels and prequelae of the series. I imagine that new deliveries will come that will focus on the bidding processes, the failed audits or the lifestyle of an elite (political and entrepreneurial) that is supported by dirty money. But I don't want to get ahead of myself, usually in Argentina they don't have the habit of continuing the series and you always end up disappointed," said the critic specialized in content issues. "I can't believe they released this series when we still haven't finished watching The Fake Aporante, which is broadcast on the other channel. They overwhelm us with so many plots about the same topics, that you forget about the previous one", said a critic in the programming of new releases. "The truth seemed decadent to me. It should rather be called Back to the Future (Part I) because everything seems to be from 1950, archaic. They use cash, carry it around in bags, notebooks and justice, and those who control it use technology that even Maxwell Smart (Super Agent 86) wouldn't use. At present, there are computer systems that allow us to control these processes in real time and to suppose that so many control organisms fail so that the series makes sense does not seem credible; Argentina should be a country from another planet, where they deliberately want to do things wrong", said the critic specialized in new technologies. "Pathetic the use made of the figure of the repentant. In other series he is a crucial character, of great weight and whose participation is vital for the development of the plot. It is also mischaracterized, because the repentant is a tormented character who is willing to pay for what he did, while in this series it looks like a ´cantoguerrapri with all the tapestries that I quiera´ to see who wins and can interpret the repentant first, because he is the one who has the best time. It looks like the judicial confessional: you go repent and pray again a habeas eximus prisonus to your house. A fuck," said the legal critic. We will see how the next chapters of this series are developed, which seems to have the economy in awe more than the Argentinians.....