Gerardo Morales, once again questioned the attention given in Bolivia to Argentines when they visit that country 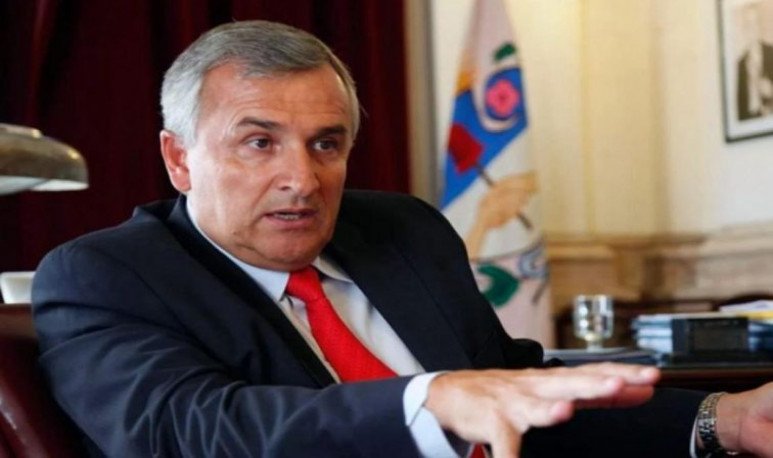 The governor of Jujuy, Gerardo Morales, once again questioned the attention given to Argentines in Bolivia when they visit that country, pointing out that “they treat them very badly”, following the case of a Jujuy musician who was interned in Cochabamba, where he was claimed more than $15,000 in expenses. doctors and had to be repatriated because he could not afford the bill to continue his medical treatment following a traffic accident.

“ Lord Consul, do not be hypocritical. It's not the first claim we make. They treat Argentines very badly in Bolivia,” said the president through his Twitter account, responding to the statements of the Bolivian consul in Jujuy Nelson Guarachi Mamani.
“ They should take care of returning the money paid (for hospitalization) to the Vilca family in Bolivia,” the president added in relation to the family of the 35-year-old musician Manuel Vilca, who returned to Jujuy yesterday on the health plane of the provincial government.

The consul told radio AM530 this morning that “it would have been very good for us to coordinate the institutions, it could have been coordinated with the consulate, with the foreign relations committee. And beyond making political gains, it was simply to coordinate the case and give a quick solution”, referring to the governor of Jujeño.
These statements by Guarachi Mamani were given in response to an open letter from the governor of Jujuy against President Evo Morales, in which he argues that Argentine citizens “are mistreated” whenever they need medical attention in the neighboring country.
“ This is one of thousands of cases of mistreatment and lack of the slightest reciprocity between your government and our people,” the governor said.
He also said that “many Argentines have to pay important sums and wander around our consulates and embassy to be able to cancel debts that their Bolivian compatriots in Argentina never pay, because they are cared for free in this generous country.” In

this way, the governor questioned the president about the case of Vilca who had an accident in Oruro on December 8 and after a few days he was referred to a clinic in Cochabamba, Bolivia, due to serious injuries sustained as a result of a traffic accident.
Yesterday the musician was transferred on the health plane of the province to continue medical assistance in a hospital in the capital of Jujeña, sources from the local health ministry reported.

Since 2020 the import and sale of halogen lamps is prohibited