Home Argentine Politics and Economics The Government we deserve

Every people have the government they deserve: therefore, a dishonest society has dishonest rulers. 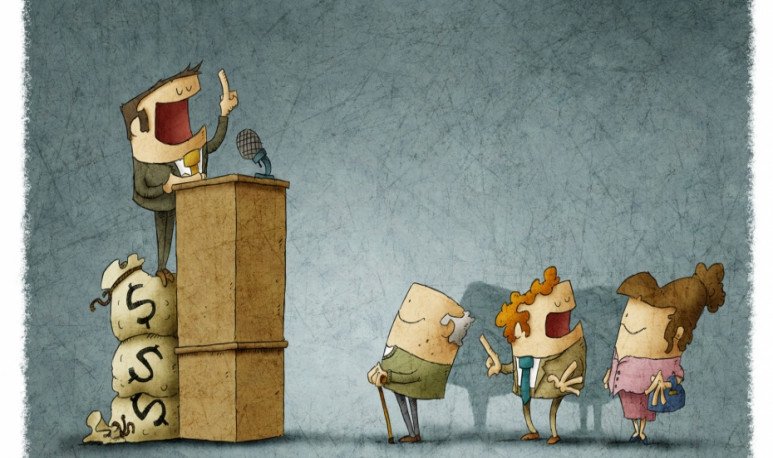 Our history made us desperate: according to a survey,   corruption  is “inevitable” for 48 percent of Argentines. Governments of all flags involved in scandals of all kinds, decade after decade, convinced us that if a politician steals, but also does something for the people, it works the same.  As sad as it is real.

Although corruption is often associated with politics, it is clear that it encompasses other sectors of society. Today's political office was once a regular citizen: it would remain to know if he has always been dishonest or if he has degenerated along the way. It's probably a little bit of everything.

It is said that every people have the government they deserve : therefore, a dishonest society has  dishonest rulers . And even if we tear our clothes when someone tries to question our integrity, let's think about how many times we prefer to collaborate with the coffee of the policeman who is about to lift a traffic violation instead of paying our proper fine. Let us remember all the times that we accept the favor of an acquaintance to skip some bureaucratic procedure. Think of all the people who choose to evade taxes, however few, because they feel that the government is “stealing” from them, not realizing that  the system works like  that and that everyone has to do their part.

Almost everyone, on our own scale, commits small acts of corruption that we consider harmless, insignificant. Maybe the numbers are smaller, maybe we believe that the responsibility assumed is not the same as an elected official, but the reality is that achieving a straight, free and honest society is everyone's task.  Let's demand righteousness from the ruling class , of course, let's not settle for anything else being stolen from us. But in the meantime, let's worry about doing our part.  So, maybe, one day we can have the government we really deserve.