The demonstration took place after 11 o'clock in the vicinity of the Legislative Palace of the City. 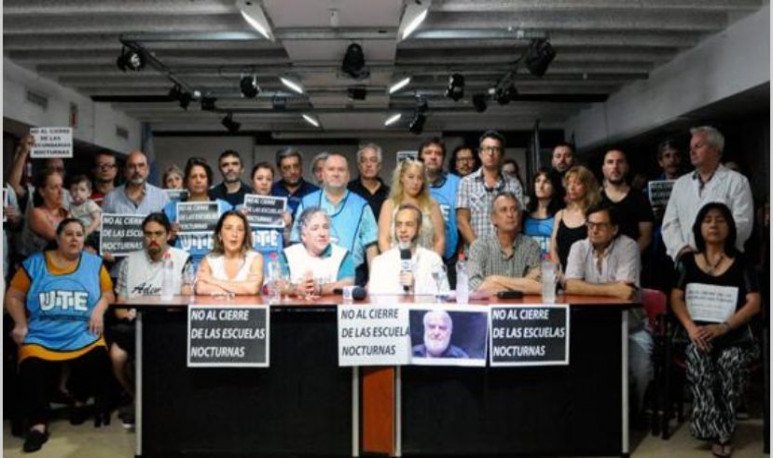 The demonstration took place after 11 o'clock in the vicinity of the Legislative Palace of the City, which was fenced and with the pedestrian crossing interrupted over the streets Hipólito Yrigoyen and Peru and its intersection with Avenida Julio A. Roca.

“ This is a day of rejection of the closure of schools; that curricula be updated with open schools,” Ute headline Eduardo López told Telam, who warned that if the official resolution is maintained, “we do not start the school cycle.”

López proposed that “the government can call a plebiscite and consult teachers one by one to know if they agree or not.”

In the midst of the protest, a substitute teacher who works eight years ago in three schools in the city and province of Buenos Aires, Marcela Iranda (38), expressed concern that, she said, she will lose “18 hours of work as an interim in the commercial school.”

“ Interns and alternates stay on the street because not all areas are in equal demand,” the teacher told Télam.

In addition, he stressed that “it has been eight years since competitions have not been opened in secondary schools to license positions.”

A truck mounted as a stage crossed the avenue Roca and from there you could hear the chants of “out (Soledad) Acuña, schools do not close”.