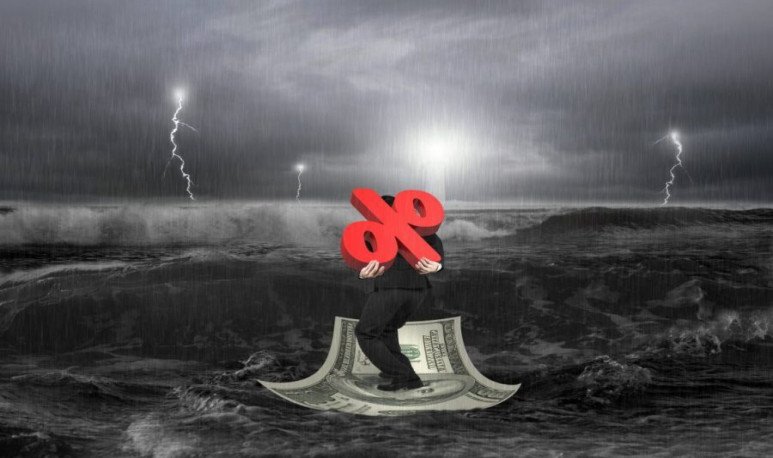 By: Sebastián Aurucci
In October last year, during a telephone conversation, a Wall Street operator said to me "Here they are all in love with Argentina". Naturally I asked him if they understood the process the country was in or if they were in love with its profit margins. The answer was very clear: he hung up on me! That same person called me at the end of December to explain what the joint press conference between the BCRA, the finance ministry and the finance ministry on the 28th of that month meant. By that time, love had entered a crisis and in the following months the divorce papers arrived. But Argentina has the soul of a gigolo. Enamora. And showing off our charm, President Macri and the managing director of the International Monetary Fund Christine Lagarde, sealed the second marriages because in the first ones there was a third one in discord, the BCRA of Caputo (and they did not pass the honeymoon). That new marriage, I'm sorry, that new agreement made possible the entry of fresh dollars that, added to the policy of high interest rates, put a mantle of tranquility in the exchange market at the expense of subjecting the rest of the variables such as economic growth, industrial activity, unemployment, credit, etc. Although somewhat more cautiously, love for our country was reborn, sustained by an appreciation of the peso that in recent days reached 12%, returning to August 2018 values. Those who bet on love in pesos when the dollar was quoted at almost 42, asked for that love to be eternal! However, the government is still trying to recover from the first abandonment, in a context where it continues to seek to reorder economic variables once doubts about the financial program and the possibility of defaulting until 2020 have been cleared up. The strongest impact of this marriage crisis was on consumption, as a result of the acceleration of inflation (6.5% in September and 5% in October), which brought down the purchasing power of wage earners, and on the production sector, which was affected by high interest rates. As a result, wholesale price increases were not fully reflected at the counters. The fall in sales was the factor that moderated the increases. Thus, this retail metered inflation will provide us with a sustained price increase in the coming months which, although decreasing, will remain high at around 3% per month. With the dollar hitting lows, it is possible that the time to get the maximum benefits by entering the new carry trade proposed by the government has passed. From now on it will be necessary to be very attentive since precisely that percentage of inflation (3% monthly) coincides with what was established by the Central Bank to appreciate the floating bands of the dollar, that is to say, its minimum price and its maximum price. Now it is clear that this marriage practices polyamor, and they will stay together as long as everyone is happy. The BCRA will be vital to achieve this. Those who took risks selling their dollars when they were high and placing the pesos at exorbitant rates made a big difference, but if the BCRA holds the bands, then the rise in the dollar could nullify future gains or generate losses depending on the speed of appreciation. On the other hand, since the BCRA cannot issue and requires intervention to sustain the dollar, it could initiate a more aggressive rate cut, prompting some speculators to exit the peso and buy dollars to sustain the exchange rate. In terms of this polyamorous couple, if the BCRA does not manage its policy timing well, it is possible that someone "needs to take some time. We are entering a sui generis stage of exchange arrears. There won't be a fixed dollar like in previous times that jumps abruptly, now the delay implies to take the dollar controlled over the minimum band while the prices were accommodated to the maximum band. The sharpest currency jumps will depend on how the BCRA manages Leliq's low rates and placements. If inflation soars above 3% then the dollar will be delayed. This "economic Pax" is a very tense love affair that rests on the speculative greed of one and the financial need of the other. On the other hand, it implies that the finance ministry can comply with its fiscal deficit reduction guideline. In this scenario, with sustained inflation, adjustment of spending, the dollar in its minimum band and high rates, the BCRA will be the equilibrist of the economy until the next elections. In light of the facts, this looks more like a marriage of convenience than love.