As if we didn't have enough with our devastating economic landscape, we must suffer the consequences of COVID 19. About raining wet! 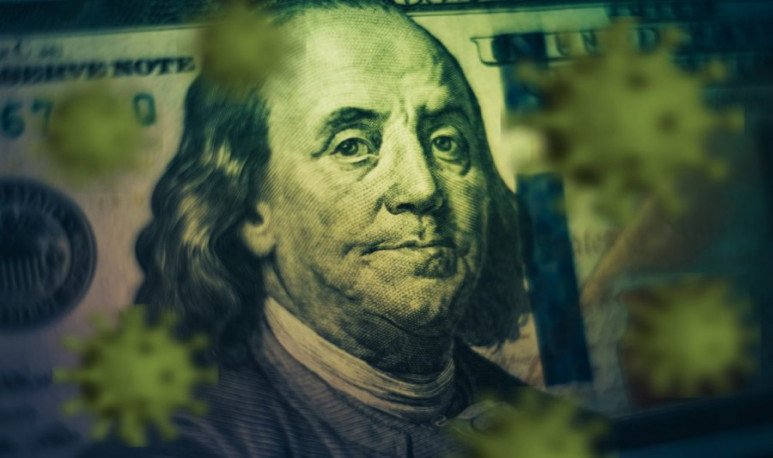 About raining, wet! means, in the economic context, that to the suffering we already have, we must add what the pandemic will leave.

Droplets carrying  coronavirus  have arrived to change everyone's lives. And  rethink several structural, social and economic issues . This  pandemic  has been sweeping without distinction, surprising the whole world. But thanks to the geographical location of our country,   the Government  seems to have taken note. Acting without hesitation, with the time factor in your favor .

At times and almost like a teenager, I think it would be very good to stay in quarantine. So we don't have  to take on the debacle that is coming to us .

And why do I say about raining, wet!?

Unfortunately  Argentina  is facing a  severe risk of default , in which economic livelihood is dying. Almost like inevitable tsunami. And with this, social conflicts, extreme  poverty  that escalates an evil for which we are all responsible. And on top  of that, a health system  God wants doesn't end up collapsing us.

Discuss at this stage which government leads us, what colour or ideals, is no longer the case. We actually gave answers, very recently at the polls. This is our government. But  it is essential to leave  populism  aside . And face the reality that we have in front of us.  Society no longer resists trials or lies . The truth is that  the State  is broken and  no one believes in our system of living permanently indebted . So there's no longer anyone to borrow. Unless a new negotiate leads us to deliver territoriality so that the party continues (I hope this idea doesn't take it seriously...).

Here is the big challenge

Ordering this heavy heritage that carries this blessed country. Understand that  we can't spend more than you enter . In fact, we're in red with debts everywhere and a society under pressure of all kinds.

“ The only way to get ahead is by assuming the cost that no one wants to embody... We have to shrink the state, so much that it allows to have a balance that at least equilibrates and obviously spend only for what we generate”

The thing is to decide who puts the bell on the cat?

For it to be understood, I'll explain it in a very simple way.

Approximately  half of the costs are for infrastructure . Composed of safety, health,  education ,  justice and public administration. The other half is mainly for retirements, social plans and subsidies.

This seems simple, has serious vices for  ineptitude  (a huge device for driving). And the well-known  corruption  that has wreak havoc between entrepreneurs and political leadership. Overcoming these small drawbacks (which obviously justice hides under the carpet) the analysis should be who assumes the political cost for the new adjustment. I mean, who pays for the broken dishes? Well,  there is no more money  (no lies or emission machines, which then impacts inflation).

The thing is where to start... the retirement system again? Teachers, schools? Hospitals and health professionals? Security and public forces? The debtors and the IMF? Public works? Social plans or subsidies for the disabled and family allowances?

To apply it to legislators, advisors and counselors?Justice?The public office? Nor to mention the exemption from the payment of taxes, the retirement of privilege, or those civil servants and former officials who still enjoy salaries. Political pointers, picketers and the benefits of all those who ever held public office and who no longer exercise it. Not to mention the costs we assume for mismanagement of state-owned enterprises. Overprices, structures of consulates and embassies, private planes or football for all.  Tecnópolis  and the public media that we all subsidized.

The other major dilemma of the economy is to put in place a system that allows stability. A credible currency to generate savings. Enabling consumption and source of work, production and obviously investment.

To that end, the Government should provide some clear messages

Take on the commitments made and renegotiate the debt  (this is already underway, hopefully they can bring the issue to fruition). To state the concept that in Argentina  earning money is positive  and that it should not be grounds for social condemnation.  Encourage SMEs with various tax reduction measures, social charges and release compensation charges. Encourage also with  soft credit  for investment in wheels, machines, tools and goods used for self-employed persons.  Activate regional economies , with logistical benefits leading to export. Even tax relief. Among some measures that encourage production to implement  a plan that basically activates employment and consumption quickly .

And about raining wet! once again... Of course the world changed. Paralysis is not only because of the heavy national heritage. We are faced with the dilemma of  a new world  where mistrust prevails. In which everything is relative and questionable. Nothing is decisive. Instability dominates, putting in check to the most absolute.

“ It is time to act and just as the Executive reached consensus (leaving aside all speculation) to implement strict health measures to deal with the pandemic, it is time to agree with all actors a series of adjustment measures that imply a commitment to accommodate and start the economy.”