The Executive began and followed by the legislature and the judiciary. However, not everyone cuts salaries by equal amounts. 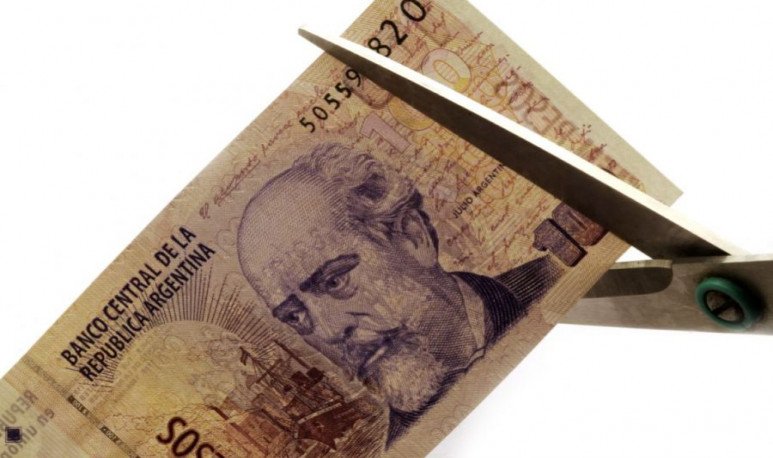 The governor of Mendoza, Rodolfo Suárez  , decided to put a ceiling of 50,000 pesos on the salaries of the executive branch officials.  It argues that the saving of this money will serve to cover the cost of the health emergency generated by  COVID - 19 , considering the purchase of respirators,  gel alcohol , free ticket for health personnel and other erogations.

In the statement, the president  invited the rest of the powers that make up the Province of  Mendoza  to imitate the measure. The  provincial legislature  quickly called for an unpublished virtual session and passed exactly the same rule .

It is definitely the gesture that society asks. It has been so important that the national media have replicated the news and many Argentines expect similar announcements in their jurisdictions. 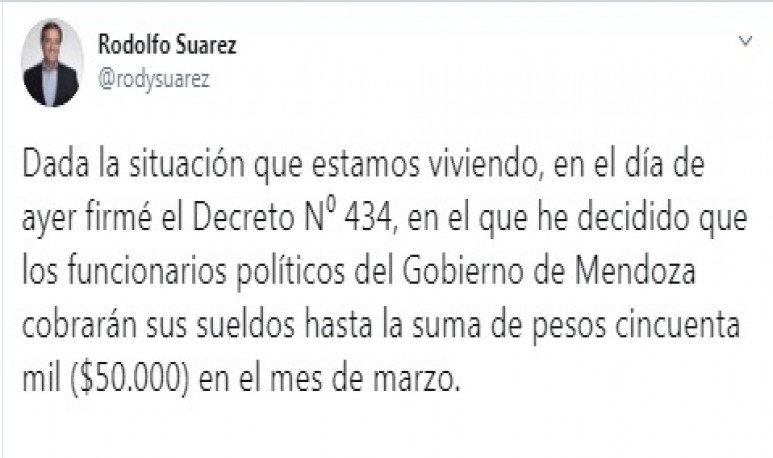 The Judiciary in the Sight

The Supreme Court of Justice of the province, the highest court, took similar but not identical measures.  The regulations do not allow you to lower a mandatory line on the salary of officials of this power. He then issued an agreement where he “invites” judges, prosecutors, defenders and officials of the judiciary to adhere to the governor's decision, extending the range of such voluntary contribution to a value between 25 and 50 percent.

However, it is clear that they opted for the lesser sacrifice. First,  the “invitation” gives each official the power to join or not to join the measure , and may, if he or she wishes, collect 100 per cent of his salary. However, everyone will most likely limit themselves to collecting between 75 or 50 per cent of their salaries, as the agreed one says.

But it's not the same. The Executive and Legislative decided to put a nominal ceiling on their salaries: 50,000 pesos. On the other hand,  the thing about collecting 75 or 50 per cent of the salary is different. Payments in the judiciary are very high and a cut of 25 or 50 per cent leaves, in the vast majority of cases, salaries above the 50,000 pesos limit.

Beyond the small letter of the judiciary, the initiative is welcome in times where small entrepreneurs, freelancers, monotributists, employees and informal workers are asked a little effort.  In principle, the measure runs only for March salaries,  it will have to be seen if it is repeated later, as the coronavirus emergency progresses.