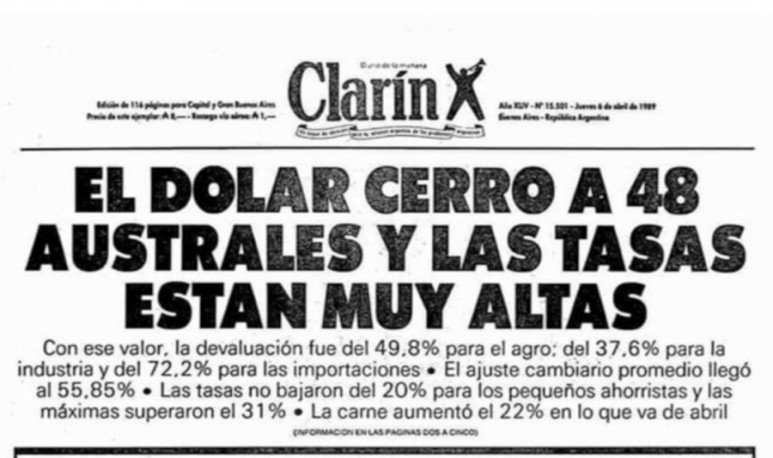 Don Raúl Ricardo  comes to the Argentine government, because of the overwhelming majority who called for peace, a democratic order and the rejection of the dire mafia maneuvers of a declining policy.

He's here! Yeah, but they didn't let him rule. He didn't know and couldn't do it, as he must have faced the mafias that prevented him in a thousand ways from managing reasonably. With this, the economic debacle and the tendal of unheard of social disorder.

Today and with his death, he was recognized as a statesman, who never managed to consolidate the union that our Argentina needed.

Don Mauricio comes to the Argentine government because of the overwhelming majority calling for peace, a democratic order and the rejection of the nefarious populist, closed, corrupt policies that today mirror our beloved sister Venezuela.

He's here! Yeah, but he didn't understand the gravity of the painting or at least he didn't transmit it as he should. He underestimated the economic situation with a gradual plan, relying on innocent hope and even worse, knowing that he had only won by a couple of points (in balotage), that he had no majority on the cameras and that he had to build power. He did not seek support or consensus with the various powers to unite them into an accompanying front.

30 years apart and two governments that worked hard against corruption, against mafias and for transparency.

Two governments that did not know or could not draw a credible picture and failed in their economic plans, in the search for consensus that would give signs of confidence.

Bernardo... can you give us your gaze?

Also, let me add something: unlike the government of Don Raúl Ricardo, who ruled Argentina for six years and ended up asking for the hour, with the advancement of the elections, it seems that Don Mauricio, who has been in office for three and a half years, is sure to achieve an orderly and historical transfer, while still considering, that he still has a high probability of being re-elected, vindicate hope and the opportunity to correct the mistakes of the past. I, no longer have  “the power of the people”  and the decision will finally be  Doña Rosa, “we leave it there...”.