Argentina cannot repeat the mistakes of the last century. The close relationship with its Mercosur partners could complicate the economic landscape. 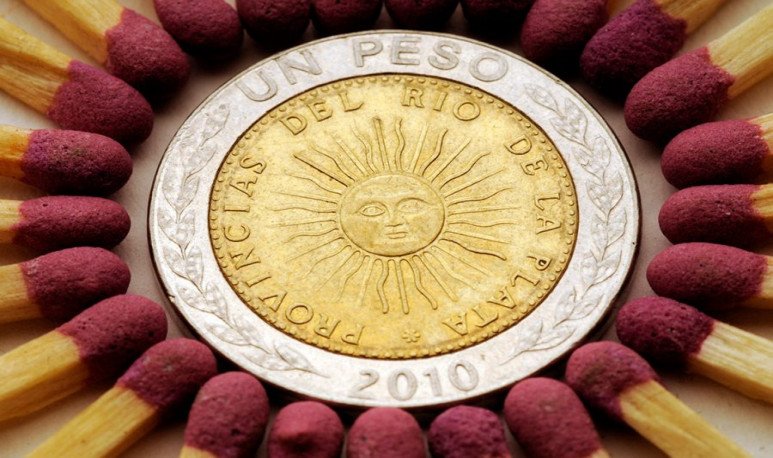 In these days where the coronavirus  pandemic  provokes reflections as crazy as we are witnessing the end of capitalism,    Argentina  seems to be determined to make something imaginary real, tensioning political and economic relations with its  Mercosur partners, being one step away from isolating itself from the world.

Humanity is going in the opposite direction!

The development of  relations  between the first social groups shows that those with the tendency to link commercially progress faster than those who isolate themselves. On the other hand, complex  production systems  such as  capitalism  require many years to mature the conditions that ultimately enable humanity to become structure around them.

To trade has been said!

The economic and political relations of the Middle Ages did not change because of the many pandemics and  pests  they went through, but succumbed to the changes gradual ones that were making all the pieces of capitalism fit.

The mercantilist  ideas  of the 1500 intensified with the development of commercial imperialism with Britain at the forefront. These “companies” were risky and required financing, so the idea of capital was born, as shares of the “Companies”. But that idea of trading could not be sustained by a precarious production system where artisans produced according to their needs. It was then that around 1790 the  double revolution  changed our world drastically.

The  industrial revolution  introduced the idea of mass production and the  French revolution  affirmed the nation state as sovereign, establishing borders and allowing the emergence of national capitalist bourgeoisies.

Integration as a new paradigm of the twentieth century

The  nineteenth century  and the first part of the  twentieth century  until the end of the Second World War were the consolidation and organization of economic  blocs  and hegemonic leaders. But it became clear to Western countries that the post-world had been organized to enhance global integration with the emergence of the United Nations and international trade underpinned by the Bretton Woods agreements that created the International Monetary Fund and the World Bank.

Unlike countries such as South Korea, Japan, Canada, Australia and even Germany itself that adhered to this integration model,  Argentina  always showed itself in a  third position  , avoiding its integration under these guidelines.

As early as 1970, this process began the investment phase and transfer of factories to underdeveloped regions with cheap labor, and while the emergence of the “Asian Tigers” was slowly gestating, Latin America lost relevance in the internationalization processes of capital.

Thank you Bill, now financial capitalism is in command.

The advent of  computer science  started the most dynamic process of change in capitalism that has been seen so far. Slowly she went from tedious transactions to  business  closures just a click away. Since 1990 this process has only been increasing on par with technological improvements.

The world was transformed into a small and accessible space from a computer, and companies were implementing production and marketing  strategies  based on  digital  platforms, and lately,  artificial  intelligence and  rob.oacute; tica . Financial capitalism, with the good and bad that this entails, now controls capital flows that finance investments and productive projects. Capitalism became  transnational .

The coronavirus pandemic will only deepen and accelerate the processes that were already underway and that many companies did not adopt because of lack of economic incentives.  E-commerce  and robotic production will be the new  stars  of the  integration  and international  trade  process. Our system showed its weaknesses and the post-end stage of the pandemic will be that of a new “Big leap forward” of our production and commercial system.

Integration 4.0, a new opportunity for Argentina

As we can see,  global integration    is a dynamic process, adapting and following trends means always being attached to the locomotive of development. For some reason Argentina is always trapped in the idea that it is more beneficial to try to maintain static processes and to decouple when reforms are necessary or adapt to new circumstances or external conditions.

Argentina's recent  departure  from the  Mercosur  negotiating table reflects an idea of foreign policy based on domestic needs. In the short term, it means that our partners move forward by negotiating together without contemplating the  interests  of our country, but in the long term it can mean a huge  setback  in our regional integration goal if tensions move towards a break in the bloc.

Since former Presidents Raul  Alfonsín  (Arg.) and José Sarney (Brazil) signed the Treaty of Asunción and started Mercosur, this process although imperfect was modeling relations and increasing the participation of partners in trade balances. Reversing this decades-long process that also generated progress on issues of citizen integration would be a major setback for Argentina. A large part of our  production system , such as the automotive industry or the white line industry, is supported by complementarity with more relevant economies such as Brazil.

Given the current global conditions, it is important for the Argentine   government   to understand that geography marks the  starting point for economic integration, and this point cannot be changed through negotiations. As painful as it may be, it is imperative to initiate a process of rapprochement to the world, of adapting to new circumstances. It is up to Argentina to take the initiative to negotiate its place in the  world .