Home Argentine Politics and Economics Elections 2019, a “Fernández” for every taste 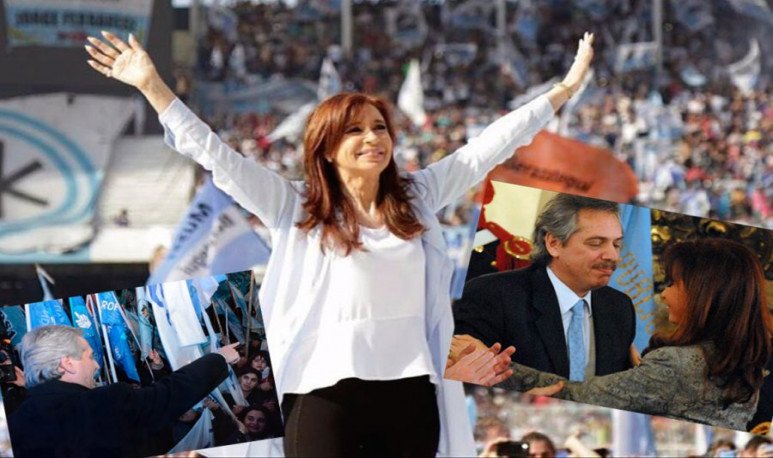 Last Saturday Cristina not only announced the  presidential formula “Fernández, Fernández,” but also confirmed that she was able to act according to a reading of the local and international political landscape according to current times. With this pronouncement (or renunciation?) the Cristina that everyone expected did not appear and  ran the axis of the electoral fight  going from the idea of confronting everyone to trying a new transversality.  Alberto president  implies the indirect recognition that Cristina seeks a moderator to close the old open conflicts  in her last management. It also seems to leave implicit the message that she was twice president of the nation and that her goal is not to take that place again but to exercise a transcendent role in local politics so that  Peronism  return to power and can generate the necessary support to govern a country in crisis.

There is no doubt that this decision  reconfigures the electoral scene  and blurs the call for a  political agreement  made by the national government a week ago and whose intention was polarize electoral options by forcing potential candidates to define themselves. It also exposes the lack of “timming” of this call making it look as opportunistic and makes it clear that it did not intend to truly expand the official electoral option. On the contrary, the fact that   Cristina Fernández   was willing to resign her presidential candidacy and  “asked Alberto to lead the formula” was read as a concrete gesture by the unity of opposition spaces . While the rest of the spaces says calling the unit, Cristina put into practice a formula that seeks to include and represent center options.

For  Sergio Massa  this represents a dilema.Validating the space of  Peronism  and citizen unity implies that  “Federal Alternative” ceases to be an alternative  , while not joining a proposal that seeks to show itself  as moderate space could leave his candidacy, and that of Roberto Lavagna, with no electoral weight.

On the other hand,  the core of campaign polarization is changed . Inward  no longer proposes to unite from the figure of Cristina  but to negotiate and consolidate the support of governors and mayors for a  Peronist  formula polarizing on the real chances of  “being a government or favor Macri's re-election.”  Out the search for votes went from centrifuge to centripetal, the votes of the moderate center are the ones that add up when it comes to wanting to win in the first round.

This creates a challenge for the pro-government campaign that focused on the rejection of Cristina's figure.  It remains to be checked whether Cambiemos will seek to continue the polarization that gave them a strong position to negotiate and keep Mauricio Macri as a candidate, or whether on the contrary, he will be forced to truly expand the coalition. A priori, it would seem that the government does not intend to change its strategy. Some officials have already declared that this formula does not change anything, that the candidate remains her, that it is a formula of the past and that Mauritius is the official candidate. But there is no shortage of pressure to finally incorporate other actors such as  Martín Lousteau  in an eventual candidacy with  María Eugenia   Vidal  , although  I do not see very clear that a means of resignation of Cristina could imply a resignation of  Macri  , or that Lousteau simply agrees to be an electoral figure without us changing their government agreements.

There is a lot left for the elections and we will have to wait to see if the Fernández formula is convalidated in electoral justice. But this was the first move and  Cristina showed her cards to open the game and negotiate.  Intelligently,  Cristina manages the presidential formula  to protect herself politically, unite Peronism and prevent markets from reacting in advance to her expected, and for now elusive, candidacy.  We will have to wait for the reaction of Cambiemos who at the moment is doing what he criticized and pretending to unite from the figure of Mauricio Macri.