A turning point in the relationship between government and society. 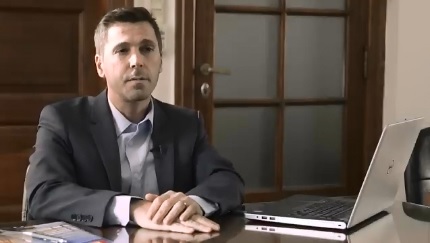 By: Sebastián Aurucci
Was the agreement with the International Monetary Fund the right one? From an economic point of view, I think it is right to seek cheap financing through an agreement with the IMF in a context where we have a financial crisis with relatively good economic indicators. Now, the agreement is not gratuitous, Argentina has a very ideologized relationship with the IMF as a result of its historical relationship and this implies a turning point in the government's relationship with society. For the IMF people it is synonymous with adjustment, we cannot ask them to evaluate and analyze history to differentiate that part of the economic deterioration is the responsibility of the IMF and part of Argentina. I do not believe that Argentina's problem today is who is financing its programme, but rather, because it cannot stop relying on indebtedness. In this sense, the IMF has the advantage of offering the government, in addition to the funds it needs at a rate it cannot get from the market, a quota of international support to regain credibility in the country. On the other hand, the most important disadvantage I see is the political cost of having to accept conditionalities and putting the government in a delicate position if the goals set are not met. Argentina's historical instability makes it difficult to see this agreement as a precautionary measure, rather it implies the idea of burning the ships'. There's no turning back. When you say conditions is a gentle way to say more adjustment, is that what awaits us? Paradoxically, the government can rely on the Fund to finance itself and also to ratify the course of "gradualism" but at a greater rate. This is the great current dilemma, on the one hand it is argued that a gradual program is possible that converges to equilibrium in a short term and then allows Argentina to enter a path of growth, while on the other hand it is argued that the economy is heading towards a strong recession with social cost. In this context, it seems to me that the most serious thing is that this model implies that the former cannot happen without the latter. Then there is more adjustment to come.... How is Argentina after the agreement with the IMF? Well, we hope to start working hard on the variables that generate macroeconomic imbalances such as the fiscal deficit, the balance of payments and inflation. In the case of this new agreement, the important thing for the government will be to obtain financial support that will allow it to move the dollar above inflation and to try to find a balance so that the adjustment of spending does not abruptly slow down the economy or can be compensated by greater dynamism in the export sector. I would say that the most sensitive thing is to find a way to change a budget that assumes a social spending commitment of 70%. The challenge for the government is to find a "bridge" between the old closed and subsidy economy and an open and productive economy. How can we understand how the International Monetary Fund works? To think of the Monetary Fund as a technical body is not to understand its role in history. In principle, when assisting a country, it analyses macroeconomic imbalances and proposes a reform programme. Argentina comes to the Fund because it had a reform programme but it was too gradual and lost the confidence of the markets that left us without financing. What do you mean when you talk about analysing history and differentiating responsibilities? First of all, it must be understood that the IMF was created after the Second World War (1945) as part of a group of US-driven institutions that sought to establish a liberal democratic order in the international community. In this context, world trade played a crucial role as an engine for economic recovery and growth in Western countries. The IMF's main objective was to bring stability to the international monetary system and to prevent devaluations from causing a collapse in world trade as had happened in the 1930s. In other words, the IMF originally promoted trade liberalization in order to correct temporary imbalances in the balance of payments and exchange rate. From that point of view, we didn't do very well with the help of the fund... I would say that it did not go well beyond our relationship with the IMF. In principle, because Argentina never adopted a true trade integration policy and for many decades was not in tune with the processes that allowed the rest of the countries to develop. On the contrary, the recurring imbalances gave more weight to the interventions of the IMF, which played a fundamental role in establishing the world economic order and the Washington consensus from which we could not benefit. What is Argentina's historical relationship with the Fund? Argentina signed 26 agreements since 1958, of which 13 were since the return to democracy in 198