Home Argentine Politics and Economics Coronavirus and the economy

More dangerous effects than those of health. A disease that attacks the heart of the world order, Coronavirus and the economy. 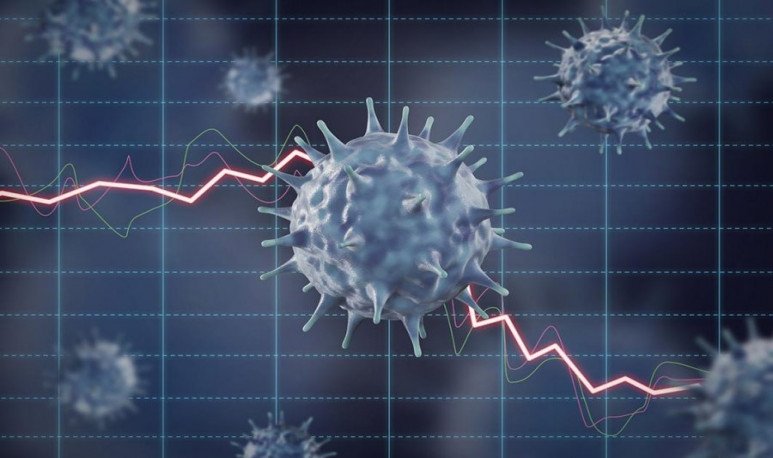 Coronavirus and economics. And society and the state. I leave you some thoughts.

Throughout its history, humanity witnessed the fall and emergence of various forms of social,  political and economic organization. We went from simple nomads in search of food and shelter to being established farmers in small towns. We accepted the idea of organizing ourselves around a religious belief that determined who had the power to rule over us to question our whole existence when enlightenism used reason as a guide.  We witnessed the emergence of great empires  or old democratic societies and also their fall. We saw how feudal societies were giving way to the nation states under the revolutionary motto of equality, freedom and fraternity.  We evolve  in our conception of the economy from barter or artisanal piecework production to industrial production chains, global financial transactions and cryptocurrencies.

Throughout that process, diseases and  pandemics , death as something very true, were present among us, but they did not stop us.  Only in the last few centuries were we able to control these diseases thanks to the evolution of research and development of medicines for cure and prevention.

The “Tyranny of the clock”

This process took place in parallel with the  rise of the  State   as a central player in the organization of our modern society and our economy. Declining mortality rates led to an acceleration in world population growth supporting economic development while the world was reorganizing around modern states.

And while the state evolved into interventionist and welfare stages with its health, education and social security systems, the  economic and productive system was based on the idea that the factory cannot stop . Our whole life was reorganized around the so-called  “Tyranny of the Clock”  that set our time in work, leisure and rest. And although we complain daily,  that routine structures us as individuals and as a society .

Modernity made us dependent on a system that is not prepared to stop and stop producing,  and in turn, care for all citizens physically and psychically.

The amplified effect of coronavirus  is explained because it not only attacks people's lungs and emotional stability but also paralyzes the heart of our economy, society, and the industrial system.

Given this, we can understand why many presidents pose this situation as a war situation.  It affects the economy, production and exceeds the capabilities of the state to respond to everyone.

The war in Argentina

We saw how  a rapid adoption of sanitary containment measures  , border closure and its economy  prevented the collapse of its health system  as has happened in Spain or Italy.  However, these types of measures can only work if it is speculated that the health crisis will be short-term and that we will quickly have a cure for our lives to regain normal.

Coronavirus and the economy seems to be an unveitable battle.

On the contrary, an approach focused more on understanding the above points could lead to a real organization of our (in itself scarce) resources to  strategically confront this battle and agree on a threshold of losses (economic, but also human though it sounds hard)   that is tolerable as a society.  Waging a war between coronavirus and the economy involves an effort as a society that cannot simply be sustained by the sum of the decisions of its members. You need a command that defines, transmits, and is able to implement decisions.

Following the war metaphor, the Argentine government could  focus on logistics . It is essential in any war  to keep the sectors of the economy open that are essential to ensure the basic livelihoods and needs of the population.  It also avoid unproductive public spending and to derive financing or assistance to the sectors of the production of basic goods and citizens without the resources to survive, avoiding a generalized distribution that subsequently deepens the economic crisis. And while planned and efficient logistics requires greater dedication and work, it can  replace generalized measures with specific decisions and thus minimize economic losses.

Why stop production of cities or regions where the virus has not been detected?

We have seen cities where their mayors, in use of faculties they don't have, close the accesses to protect the neighbors. There should be a strong national government, supporting and supporting  a controlled closure  that allows these cities to produce for the rest of the country.  It's not about taking care of neighbors, but all Argentines.  And don't miss the battle between coronavirus and the economy.

Leaving open options subject to personal criteria should not be considered within an action plan. Especially in societies like ours, where education has been falling for years. And where  we have never characterized ourselves as individuals educated in the civic concept of collective action and responsibility.  It is enough just to see how people are piled up in a bank, ATM, line to enter a supermarket or simply do not respect quarantine to realize that  certain measures cannot be sustained without planning and effective control of the state as a replacement for education and social awareness.

Here the problem arises between theory and practice

It is not about fostering an authoritarian State , on the contrary, it is about identifying the shortcomings that prevent us from functioning as a society that is united from freedom and individual responsibility.  It implies recognizing and accepting that moments of crisis are of action and not of deliberation. Or coronavirus and economics is a lost battle.

Liberal approaches based on prioritizing the economy and individual responsibility have led to health collapse in countries such as Ecuador, Spain or Italy. And while countries like Sweden have been able to contain the situation, it is still pending to see the evolution of countries like the United States, whose infections and deaths are rising, and Brazil, where the health crisis has resulted in a governance crisis putting Bolsonaro's presidency at risk.

This “health” crisis represents an unprecedented challenge for the national government

In principle, because the world economic and productive system is affected, and because Argentina is coming from many years of economic deterioration that were eroding the livelihood capacity of individuals and businesses. But from a  historical perspective , the real challenge for the country will be to understand and anticipate the changes that may occur in the  post-pandemic world order .

For Argentina, it could be an opportunity to take a leap forward and move forward with reforms that integrate and adapt it to the new world to come, something we have to do since the Second World War.