The real crisis is assuming reality 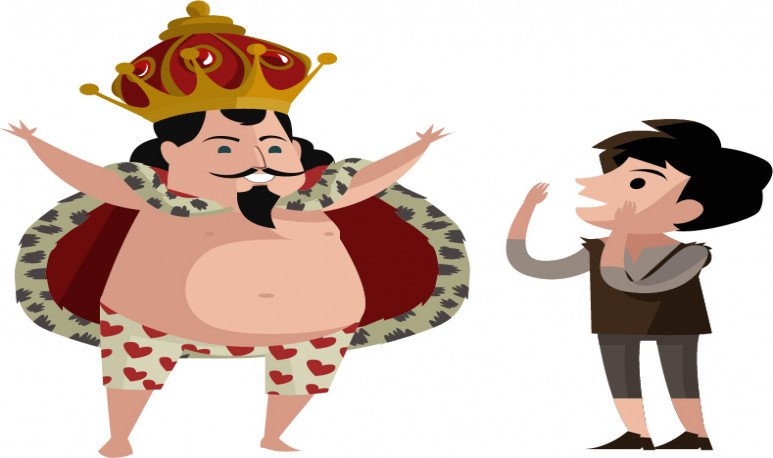 By: Sebastián Aurucci
The crisis was always predictable and debt a great scheme Ponzi In 1837, Hans Christian Andersen published the story "The Emperor's New Suit", better known as The King Is Naked. It told the story of a king who was prudent and measured in everything but one thing, he was obsessed with his wardrobe. One day, the king heard them say that they could make him the softest and most delicate cloth imaginable. This garment also had the ability to be invisible to any fool or incapable of office. Of course, there was no suit, it was all a deception. Feeling somewhat nervous about whether he himself would be able to see the suit or not, the king first sent two of his trusted men to see it. Evidently, neither of the two admitted that they were unable to see it and began to praise the garment. The whole city had heard of the fabulous suit and was eager to see how stupid its neighbor was. The swindlers pretended to help the king put on the non-existent garment to attend a parade with her. All the people of the village praised the suit emphatically, fearful that their neighbors would realize they couldn't see it, until a child said: "But he's naked! At that moment people began to see reality and the whole crowd shouted that the emperor was naked. What happened to the Argentine economy, which suddenly went from having good growth indicators in the first months of the year to facing a brutal crisis? The answer is not complicated, Argentina was naked from the beginning of this government but for convenience was opted for blindness. The financial markets, motivated by the possibility of obtaining enormous profits by betting on high interest rates with a stable dollar, and generating credit offers for Argentine bonds that financed our deficit, pretended to see solidity in the promises of change that the government authorities held. The government, motivated by this "confidence" of the markets, preferred to see itself with a sustained reelection projection in the issuance of debt to finance public spending, cut taxes for business sectors, and recompose the profits of service companies to generate a business climate that would attract investment. It was preferable to let the expected economic growth resulting from these measures solve the country's problems rather than advance with structural reforms and pay the political cost of being a transitional government. Argentines, moved by a blinding hope that is the fruit of our need to be better and live, one day, in a stable country, decided to give our vote of confidence and believe in the government's proposals. But this "reality" could only be sustained with the silence of its members, and the market was the first to shout "the government is naked". Suddenly, the "blind confidence" disappeared, we lost the external financing and the problems facing the country could be clearly seen. As the initial economic assumptions were never fulfilled and the rain of dollars for productive investments never materialized, with the flight of speculative funds began an exchange run that took the dollar to historic highs, the high interest rates could not prevent the dollarization of portfolios but put in check the country's productive system. Inflation accelerated its upward trend but this time could not accompany the sharp rise of the dollar, but rather, month by month, we will stick his dagger moving to prices and generating a loss of purchasing power. On the other hand, the word "default" was once again associated with Argentine debt. It is interesting to understand that the world of finance does not care that the debt is paid, but that the bonds maintain their quotation to be able to buy and sell, collect interest and that at the time of maturity has interested in renewing, buying new issues or in its absence, if the country goes through some "storm", which can face payments and gain time to regain the confidence of the markets. In the case of Argentina, we turned to the IMF to guarantee that it is still business to invest in debt bonds. We sought to regain the confidence of the markets but, without real changes and with communication failures that ended up exposing the president himself as at the mercy of circumstances, the crisis worsened. The disbursements of money agreed with the IMF were not enough because the government shows the IMF as the last investor of a Ponzi Scheme, that is, the one that puts the money for others to leave. Then the funds programmed for 2018 did not guarantee continuity, it was necessary to guarantee 2019 and ensure re-election or an agreement with the opposition. This is what is being negotiated, the long-term viability of the country. But this is not free for either the government or the opposition, it has a very high social and political cost.