It is worthwhile to reflect on what it means... 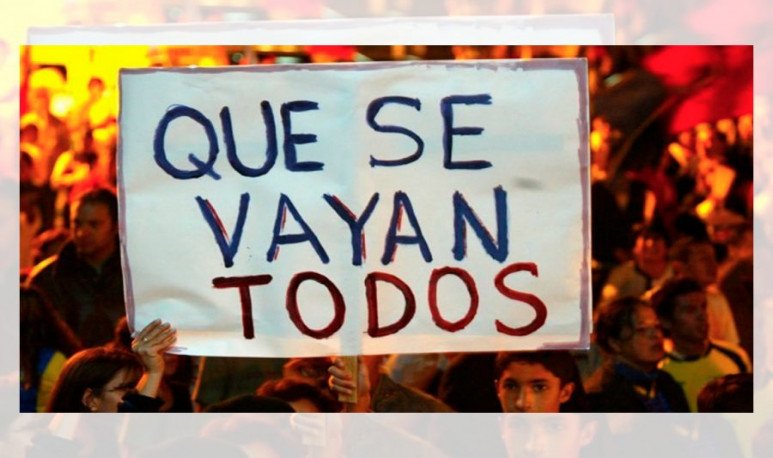 In our environment we tend to take great care of the material we publish, it is no accident that among our contents there is not much topic of current policy. Basically, because we are not a traditional medium and while we cover some current news, we don't define ourselves as a newspaper either. We are not interested in having the first or the latest news, we choose to select content that can nourish ourselves, we look for the best information, that which defines us as a society in order to enrich us.

Even so, we offer great participation to the user and the reader, so that they freely express their opinion in various topics, achieving first and foremost plurality, knowledge, respect, union and freedom of opinion.

It is worthwhile to reflect on what  politics  means and its connotation in our society, because it should deal with the activities that affect our country from the state, which, incidentally, is the social and territorial organization of the community.

“ Politics is the tool that the community possesses, to deal with issues that affect society as a whole and NOT to a party doctrine that possesses its particular interests”

Governments, it is precisely the faithful sovereign and elected representatives of the state organization, who must exercise authority plurally and alternately.

Democracy , even with its inconsistencies, is the system that has managed to adapt and consolidate itself to the current form of government in the vast majority of countries around the world.

Speaking about the national context, it is inevitable to address the self-scourge of the  crack , but we have already developed this issue in other notes:” the emotion of Ser Argentino ” or “ the crack does not exist ” so we will refer to what it means to talk socially about POLÍ TICA. It has always been a topic that we have difficulty expressing naturally, assuming a notorious discomfort, due to the passion with which we manifest ourselves, probably a high dose of intolerance and obviously a story overshadowed by  abuses of power in turn  and  the inconsistency common social delineations which has led us to an undesirable place and which incredibly keep us divided, when at this point, it should already be part of a mature and overcoming agreement.

Something that should be much simpler, because we all want to live better, but we cannot agree on what a nation requires to grow and move forward. For this, there are basic principles that we should agree not to discuss, NEVER AGAIN.

It is true that we are no longer discussing democracy, but we should look at elective methods and respect for institutions. We no longer discuss freedom, but we should review persecutions and methods of extortion. We also do not discuss free expression, but whether there should be antimonopolistic controls to avoid the concentration of information. Free movement is an issue that no one questions, but  pickets  and street cuts are everyday in urban centres and run counter to a fundamental principle of our law. We agree on the need to sustain independent justice, but we should avoid any attempt at judicial control or management.  Security  is an essential part of any government and we should support its actions, respecting its constituent forces and their healthy exercise. I wonder, who likes to be robbed? I suppose, to no one, however, justify the actions of  corruption , mafias and even misdemeanors of people who commit and who enter the  commissary , going out at two hours like nothing.

Lastly and fundamentally, to assume as a state policy a common and inclusive  education and health system  , which enable elementary aspects in favor of instruction, knowledge, care for life and citizenship.

Already in the realm of the economy, which deserves a separate chapter, we should have some poorly conceived issues and understand that  taxes  are not bad, provided that their aliquota is not distortive and its administration is part of an efficient and suitable structure, according to the possibility of covering the costs required by a counterpart for productive services, taken collectively by consensus of majorities.

On the other hand, recognize that  public expenditure  in all its aspects, cannot be maintained in this way.There is no possibility of development with such a large state, it spends more than it generates and which historically has led us to various crises and permanent indebtedness.

Not only is it unserious, but the lender or investor, whatever it is called, fears that the commitment made will not be fulfilled, as well as not achieving the necessary  confidence  , a situation fundamental for the development of any economy.

Argentina is unfeasible without a strong and stable currency. This destroys savings and the possibility of investing or believing in our economy. If we want a different country, we must stop thinking about financial business as the first method of investment, the  dollar  as savings or the diverting of funds abroad to avoid succumbing to each crisis.

Genuine work and investment are the path of growth, there is no other way!

Argentines, we usually believe that “ someone ” “a savior” will be able to get us out of this place where we have fallen, this is just a fantasy and the way to evade responsibility. So no one will invest in Argentina.

The big countries, managed to overcome by  consensus , to understand their weaknesses and develop their strengths.

All this implies a change in pursuit of institutional strengthening and we should not go back, governance at this point must no longer be questioned and we must support the rule whoever governs or at least not attempt to overthrow anyone (I say this by the current one, the one who left or the one who will come). Transparency is essential in any governmental sphere, obviously we must pass through a purification of the politicians and guilds of the old way but no longer from the “ let them all go ”, to give rise to the renewal of the youngest with new proposals, better ideas, current laws and programmes in line with the adequacy of a modern country that wants to settle among the great nations of the world, a business mentality prepared to accompany this change and a mature citizenship that demands and control, not only from  suffrage , but also from respect, civilized claim and citizen responsibility.

We are definitely very lucky, as we have exceptional natural resources. Minerals, water, land, climate, offering great opportunities for a thriving economy, for agro-industrial development, in the countryside, cereals,  fruits , food, also from the mining industrythe production of gas, oil, lithium and metals. The great development of  science ,  technology  as well as emerging industries, digital phenomena, art,  sport , culture and obviously  tourism , being a very attractive and interesting destination for millions of foreigners, in a very promising challenge.

Finally and perhaps the most important fact, is the greatness it requires of our citizens in our role as voters, in which we must avoid voting according to our pocket, our passing or our particular current situation, that is a very petty and selfish look.

The gaze must be generous, broad, of course retrospective when it comes to analyzing our mistakes, but positive and optimistic in terms of the power we have, valuing our suffrage, in which we must fundamentally weigh human values, suitability, capacity and proud representative sense.

This note does not have a partisan tinge, on the contrary, it contains a statesman message and in which only our individual participation with collective vision can succeed in forging a great nation.