Home Argentine News of the Day Tornado in Cordoba

On 26 December 2003, a strong F3 tornado occurred in Córdoba with winds of up to 200 km/h causing at least three deaths, two missing, 45 injured, hundreds evacuees and numerous material damage. 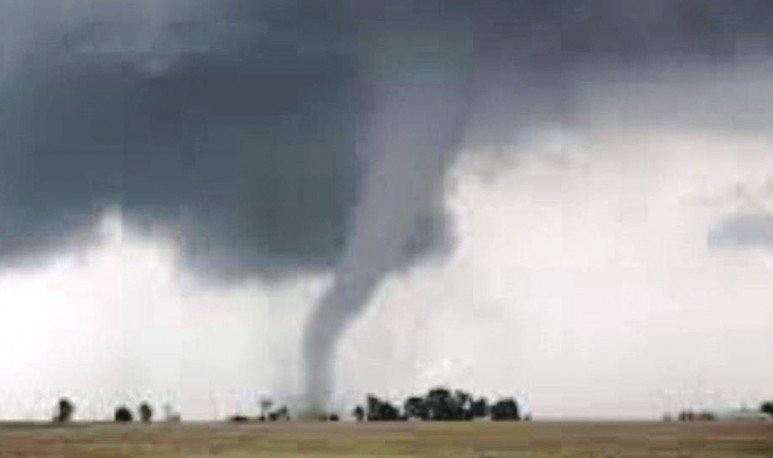 On Friday, December 26, 2003 in the City of Córdoba it was between 35 and 36 °C in the shade. The overwhelming heat was retracted with grey and black clouds that came peeping out of the mountains early in the morning, while on the news reports strong floods of the mountain rivers and damage in localities such as Villa Dolores, where hail and wind made other havoc, in the capital still heard one another sound of the burst of pyrotechnics and what left the Christmas celebration last night.

At the 14th hour some neighbors were already going to sleep a nap with the drizzle that was already falling. Until the tragedy happened. At 15:15 a funnel-shaped cloud began to descend into the ground. Many present at the time were astonished by the fact, until they began to look for shelters when they saw that houses, trees, cables and other elements were raised by the air. Shed veneers violently embraced those trees that the winds could not raise at the root.

The tornado advanced along with the ravaged winds of more than 300 km/h, heavy rains, hail and lightning. Some inhabitants of the city centre watched the phenomenon in astonishment from the tall buildings, while the tornado caused damage in the CPC area of Route 20, especially in the Ameguino Norte, San Roque neighbourhoods and in La Tela village where more deaths, injuries and damage occurred.