Today marks the anniversary of the Vuelta de Obligado, an icon defending the sovereignty of the Argentine territory. 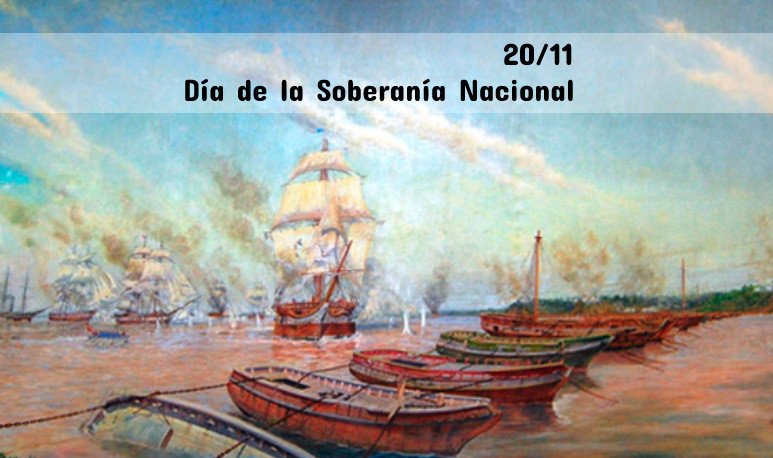 On November 20, 1845 , in what is now the town of San Pedro,  army, Creoles, Gauchos, Indians, Mulattos and women, tried to prevent steamships from Great Britain and France from advancing, by way of invasion, the national territory. On a steep and narrow curve of the Paraná River, troops commanded by General Lucio N. Mansilla, responsible for the defense of the national territory, stretched three  thick chains , from coast to coast, held on 24 barges to damage and thus stop the march of foreign vessels. The heroic act was embodied in the pages of Argentine history.