Judgment of the Trial to the Boards

The judgement of 9 December 1985 sentenced five of the accused military personnel and acquitted four. 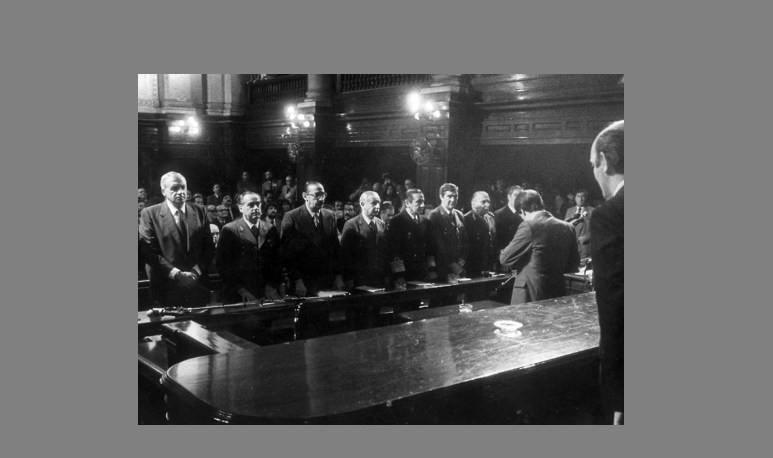 Videla and Massera were sentenced to life imprisonment with impeachment. Viola, to 17 years in prison, Lambruschini to 8 years in prison, and Agosti to 4 years and six months in prison; all with impeachment. Graffigna, Galtieri, Lami Dozo and Anaya were acquitted. The court found that the military juntas had developed an unlawful system to suppress “subversion” (sic) which led to the commission of “large numbers of crimes of unlawful deprivation of liberty, torture and homicide”, guaranteeing their impunity.

The trial was of great international significance and especially for the region, where similar dictatorships coordinated at the continental level by the Plan Condor that committed crimes against humanity systematically and planned from the top of power. The trial was an important chapter in universal history and placed Argentina at the forefront of the struggle to ensure respect for human rights.