On 19 January 1974, a group of 80 ERP guerrillas attacked the military garrison located on Avenida General Güemes 65 in the city of Azul. The group was repelled and had to retire without seizing the intended weaponry. 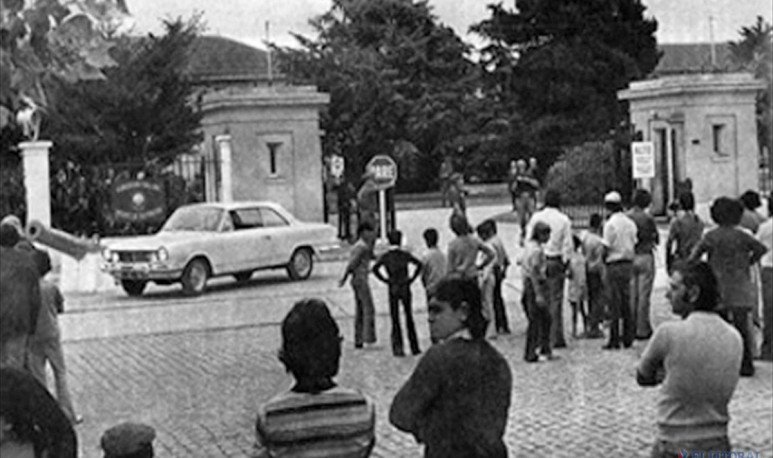 The attack on the Azul military garrison was carried out on January 19, 1974 against the military garrison located on Avenida General Güemes 65 in the city of Azul, Province of Buenos Aires, which housed the Cavalry Regiment of Tanks 10 “Hussars of Pueyrredón” and the Armored Artillery Group 1 “Colonel Martiniano Chilavert” by a group of some 80 guerrillas from the “Heroes of Trelew” Company belonging to the guerrilla organization People's Revolutionary Army, which was repelled and should have withdrawn without seizing the intended weaponry.

The guerrillas were under the command of Enrique Gorriarán Merlo and Hugo Irurzun, and suffered three deaths — two of them captured alive and later disappeared — while 12 other fighters were arrested and remained imprisoned until the end of the dictatorship.