Home Argentine Music Yoel Hernández, a perfect combination of the new and the traditional folklore

Yoel Hernández is one of the great Chubutense voices that emerged in the last time. 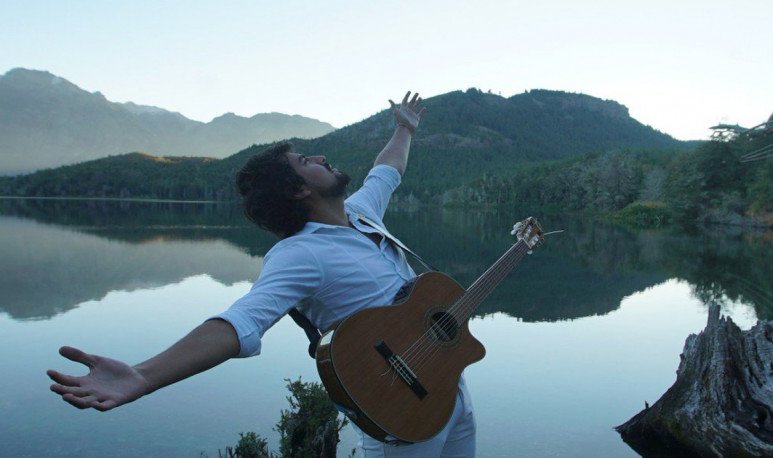 Yoel Hernández  represents the new and the old, the traditional and the new generations reappropriating folklore, so loved, sung, danced for generations and generations.

The 27-year-old singer-songwriter born in  El Maitén , has an extensive career that flew high after being on the main stage   of the Cosquín National Folklore Festival  , in the a& ntilde; or 2017, representing the province of  Chubut .

Since its musical beginnings, it has been characterized by the interpretation of classical pieces of  Patagonia , such as   loncomeo   and the chorrillera, but without hesitation to give it its own and unmistakable style: the tone slightly higher than normal for folk songs, imposes a worked, intense and powerful voice that is heard each again in the   Chubutense   stages but also from other corners of Argentina.

The artist from El Maitén has a record work released in 2018, called  'Emerging'; in addition to '  Banderita de mi Escuela ', a song dedicated and released  on June 20, 2019 : chubudía de la Bandera nacional. This video clip, with great positive repercussions, participated children from different schools in the interior of Chubut province: 93 school in Buenos Aires Chico and 22 school in El Maitén (separated by a few kilometers); Escuela 15 de  Paso de Indios  (a town on the central plateau) and Escuela 16 de  Camarones , a town located 150 kilometers from the oil city of   Comodoro Rivadavia  ; also joined the  Children's Choir of the INTA Neighborhood Orchestra Oh , Trelew .

This song depicts and talks about the roots of  Chubut  and the natives, the deep feeling of  Patagonia  : natural landscapes, the infrastructures of the inner schools, wind and small communities, all that is seen and felt throughout the video clip:

“ I am the people of my land, the aonikenk tehuelche, people from the south
I am rhea and guanaco,  La Trochita ,  whales , the  mountain range and the  Don
't pollute the lakes, nor the river, I want to keep breathing air from my soil.
Do not take away more oil or silver, than all the water and gold is our celestial and white
I'm  mapuche , i'm  tehuelche , i'm  Welsh , i am  Spanish , we are all Argentines, we are lit up by the same sun.”

Thus, the Cordillerano artist is showing and defending the versatility of the entire province: from south to north, from east to west; the vast majority of his participations are given within the Popular Festivals held in the summer months throughout Chubut: Fiesta del Tren a Vapor in his native Maiten, Provincial Meeting of Artisans or the National Asado Festival, among others also from the interior and the Atlantic coast.

This made her share stages with great nationally renowned artists such as  La Sole , Banda XXI or Rodrigo Tapiari.  In his shows he was accompanied by Sergio Suarez on drums, Cuchu Hernández and Sergio Hernán in choirs, José Barriga on guitar, Luigi Kiener on bass and Matías Lanfranco on keyboard.

In spite of this,  at the end of April 2020, the artist communicated his distance from social networks to focus “on something that was installed long ago in my head and that today I feel fully prepared to carry it out. It's not a goodbye, it's a 'till soon'” ; he said goodbye to his fans on Facebook and Instagram, who will continue to listen to him on music platforms: voice, lyrics and guitar will continue to resonate at home and parties until the wait ends and, young Yoel Hernandez, show your artistic skills again to all your followers.