The duo Tucumano presented their new record material in the middle of the pandemic and in the distance. We tell you how you can listen to their new songs. 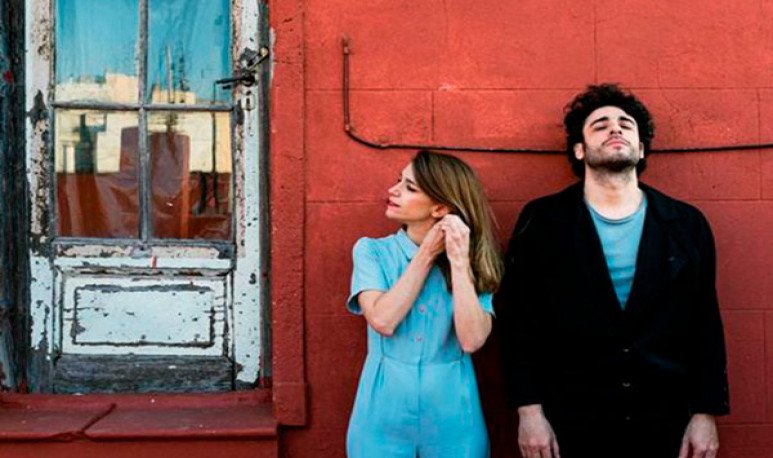 Tucuman artists do not cease to surprise their audience despite the pandemic, at this time where we were all there that being inside not only served to take care of us in the current context but also the  musicians  from different provinces took advantage of the moment of being at peace and writing new songs, as is the case of the Tucuman duo  Turucuto  composed of  Roque Céliz  and  Mercedes Maiztegui  who recently released their new album “De claves al mundo”.

His new record material is composed of a handful of songs, under the concept of dimensions and connectivity, as this third work was recorded in the middle of the  pandemic  and at the distance where they had to make arrangements for ropes and winds. It is a record where it fuses electronic with acoustic. It should be noted that, the Tucumano duo has two more albums, in 2014 the Tucumans released “Turucuto” and in 2016 “Lones de luna, go down to the sea”. Both can be heard on different digital platforms.

“ Keys to the world”

As for the recording process of the new album “De claves al mundo, the duo Tucumano said it was during 2019 with the label Los Años Luz. Last year they began to explore new sounds and during the quarantine and many doubts how to continue they decided to finish the EP in their own homes and in the distance. In this sense, the artists told the local press that doing so proved revealing because the lyrics began to have other senses. In turn, everything began to dye poetics in another way where musical translation is the electronic interveners who sew the themes. In this way, the  duo  began to feel a new terrain, where both came up with their own sound that invites their audience to know each song.

Those who participated in the new material

In addition to Maiztegui and Céliz, Pablo Quiñones (drums and percussion), Martín Boffi (bass), Sebastián Viotto (violin), Maite Unzurrunzaga (viola), Jessica Estigarribia (cello), Manuel Villar Lifac (double bass and dilruba), Manuel Calvo (trombone), Laura Stonemasons (Claron and Clarinet), Andrés Beeuwsaert (remix in “Everything Else), Pedro Bulgacov (Drum Dr.) and recording engineer Fernando Taverna. The album was mixed in Studio Mixo. Who was in charge of the mastering was Daniel Ovié, the cover photography was in charge of Valentín López López and the design was by Mariana Iñigo.

The duo Turucuto was formed in 2013, and their songs are their own compositions, influenced by Argentine popular music. On the other hand, it should be remembered that last year the Tucumanos  Roque Céliz  and  Mercedes Maiztegui  were winners of the  2019 Mercedes Sosa de Oro Award  for their second album. In Tucumán, the duo has performed in renowned theaters and cultural centers both in Argentina, the United States, Colombia, Mexico, Brazil, and some European countries, including Spain, Germany, Belgium and France.

In this way, the  Tucuman  artists joined the list of great musicians in our country who dare to continue producing songs despite the pandemic. The love of music was enough to shine again with their own compositions, as is accustomed to the Tucumano audience.

If you want to listen to the new material of the tucuman duo Turucuto  “De claves al mundo”, you can click on the next link:  https://linktr.ee/turucuto