A group of musicians from Mendoza were confined to the south of the province in July 2019. A year later, they publish the album “Canción de invierno”. 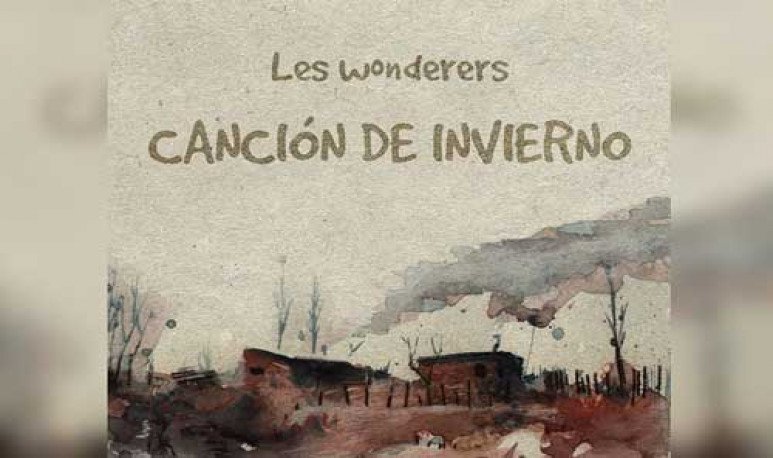 The musicians from Mendoza Juan Farré, Maximiliano Guiñazú, Dorian Maronich and Paula Neder, together with the special participation of Ignacia Etcheverry, composed and recorded an album in just 5 days. Under the name of The Wonderers, this group of visionary musicians decided that the best musical inspiration and creativity could be achieved in a natural environment and pure calm. To do this, in the winter of last year, they arrived as far as  El Nhuil , San Rafael. There, in 120 hours they composed the music and lyrics, and completely recorded the album  Canción de invierno . One of his songs is already on  digital platforms , while the album will be released in full on August 7.

Ignacia Etcheverry was born in Buenos Aires, where she lives. She is a singer, guitarist, songwriter and music producer. In addition, she is a fan of synthesizers, perillitas and loops. His latest album   Darlo Vuelta Todo  (2019) includes the list of nominations for the category “Best Alternative Pop Album” of the  Gardel 2020 Awards, which this year will have a virtual edition .

On the other hand, one of the most outstanding voices of the song in Mendoza, the singer-songwriter Paula Neder , participates in the album with all the power of her voice. As for his career, we can highlight the publication of his first album,  Caledoiscopio . While  Illa , his acclaimed second feature, has special entries such as Liliana Herrero and the Orozco-Barriento Duo.

Dorian Maronich is from San Rafael and his profession is music.He has a first album on which he declared the following, to a local media: “If there is any theme in this album, it is that there is always something of Mendoza hidden in the songs, there is something very cuyan, even if it is not a song of this genre, there is always something in there” .  In quarantine, through his YouTube channel, he released "Un mapa “, an unpublished track within his repertoire.

Juan Farré is also from San Rafael , but has lived in Buenos Aires for a long time. Musician by profession and vocation, on June 12 he released  Second Photo to the World,  his third and most recent record work in which he encourages a total reinvention of the sounds he always reproduced in his works.

For his part, Maximiliano Guiñazú was also born in southern Mendoza , as were Farré and Maronich. He is a singer, composer, teacher and music producer.   Compadre  is his first record.But, unlike the others, Maximilian is the true architect  of Winter Song , as it was he who had the brilliant idea of making this material.  It was he who, during the winter of 2019, gathered all these artists in one house to create songs collectively. A year later, that material is about to see the light...

The first three days were composing and the other two days recorded.At first they made writing games .  First each individually, then they began to make crosses between those writings and also did collective writing, writing at the same time. The musical part appeared, sometimes, right there while they made the lyrics, sometimes it appeared afterwards, and generally everything happened in a very spontaneous way of a lot of energy. That's why the musicians believe that  Winter Song has been left with something of every member present in the project.

It stands out because it is neither a live  album  , nor a studio album. It's recorded in no time.  The musicians said they tried to make the shots almost “one shot”, trying not to make second shots. They respected the footage left from that moment to respect the energy they could generate there.