Home Argentine Music Will there be a Charango Day?

Argentine musicians are looking to establish the National Day of Charango on September 21 in honor of the famous Tucuman musician Jaime Torres. 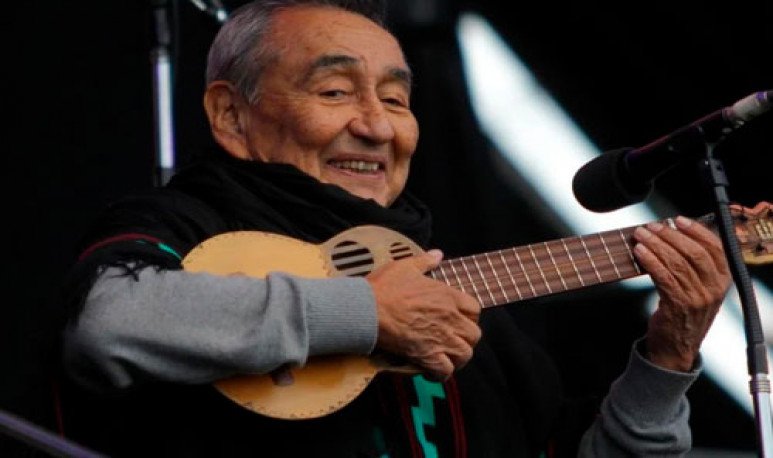 Argentine musicians are seeking to promote a bill to commemorate the “Day of the Charanguistas and Charangueros Argentinos " in honor of the Tucuman Jaime Torres . The Tucuman musician who became an important figure of national music and representative of  Andean culture . For this reason, it was proposed that the day of his birth, 21 September, be commemorated the traditional instrument.

The musician's relatives were very excited about the project and have the support of other great exponents of folklore, such as Chaco Palavecino, Chango Spasiuk, and singers from other genres, such as León Gieco and Ricardo Mollo, among others.

The renowned folklorist died at the age of 80 in a clinic in the Buenos Aires neighborhood of Almagro. The initiative was born in a municipality in the west of Buenos Aires and quickly gained notoriety throughout the national territory. In this way, we can honor the greatest icon of the charango in our country as well as this fascinating instrument of the northwest region.

Jaime, an emblem of national folklore

His parents arrived from Bolivia to the province of Tucumán. On September 21, 1938, Jaime Torres was born in this beautiful and small province of northern Argentina. Shortly after, he moved with his family to the City of Buenos Aires, where they settled in a conventillo. At that time, charango was not a well-known instrument, in fact, it was considered something that only the peasants played, but that did not stop that child from developing his talent with passion and dedication, virtues that would bring his music  to all parts of the world.

Before becoming a soloist, he was part of the group Los Fronteras, where he shone with his charango and came to play in countries such as Japan, Indonesia, the United States, Israel, Venezuela and the former Soviet Union, among others. He participated in the opening of the World Cup in Germany, which was held in 1974, and also recorded the music of the film  The External Debt. He recorded more than 20 records and won countless awards. Among his best known songs, there are “Chimba Chica”, “Diablo Sueldo”, “Anxiety”, “Gloria” and “Arenosa”, among many others.

Thus was born the figure of Don Jaime,  the famous musician from Tucuman who managed to make a space in the music of national  folklore   . In each presentation he wore the  typical Andean dress  as a way of claiming his roots. In 2013, for his long career in the world of music, he was declared an  Illustrious Citizen of the City of Buenos Aires  by the Buenos Aires Legislature and, in 2015, the Konex Foundation awarded him the Special Mention to the Trajectory for his undisputed contribution to national culture.

In 2018  he died at 80 years of age  from cardiorespiratory arrest in the private clinic Favaloro. Nicknamed Father del Charango, he was undoubtedly one of the great and beloved figures of Argentine folklore, who knew how to develop from an early age his talent leaving a great legacy for music popular.