Home Argentine Music When Gardel walked the streets of Santafesinas

When Gardel walked the streets of Santafesinas 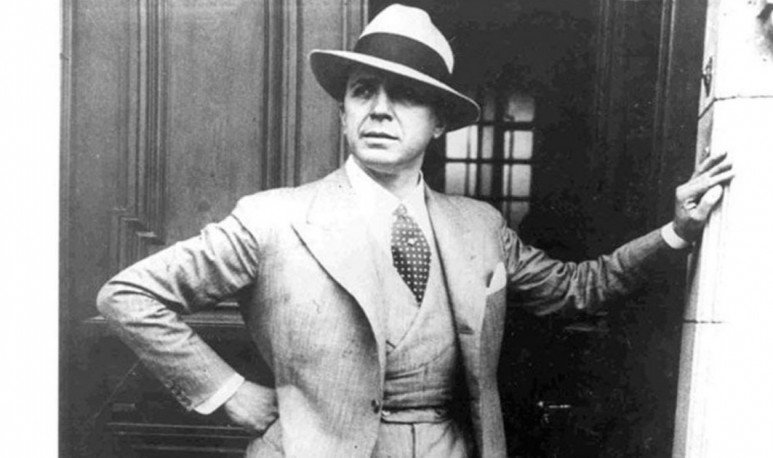 Carlos Gardel  was several times in the city of Santa Fe . Of course, it never went unnoticed. The formidable singer walked leaving a trail of  anecdotes  that reflect his special way of being.

The tanguero's last visit to the capital of Santa Fe was in 1934, when the show season began. He came to offer a recital at the Apolo cinema, located in Calle Obispo Gelabert, between San Lorenzo and Saavedra. Newcomer,  they comment that he went in front of Plaza España  where the editor of the  Diario La Provincia worked. Its director, journalists from  La Provincia  and a group of friends gathered late at night drinking, telling anecdotes, stories, and sharing songs in the newspaper's writing.  The Zorzal Criollo  joined his musicians to one of these meetings.

On the night of his last visit, he tells an anecdote that, upon arriving at the Apollo cinema, he warned the presence of six boys who had no money for entry. Gardel pulled silver out of his pocket and financed the income.  At the end of the show, the Friends Bar invited him to a dinner  at the Regattas Club. Morocho del Abasto presided over the dinner which, between songs and libations, lasted until dawn. The next day, Gardel and his guitarists said goodbye to the Santafesinos. A year later, on June 24, 1935, he would find death in the tragedy of Medellin.

The renowned Santafesino historian Rogelio Alaniz recalls a story that a friend told him about one of Gardel's steps through Santa Fe.  It was a sunshine morning in San Martín street . He was standing on the corner of San Martin and Mendoza and saw Gardel walking with two friends from the south, perhaps from Salta Street. He passed by his side. “It's more morocho and more robust than what appears in the photos,” said this witness. He wears a dark suit and wears a brown overcoat on his shoulders as if it were a cape. He's not smiling. Get to the corner of Cortada Falucho and enter the Sportsman (traditional shop of the time). The curious are staying at the door.  Gardel greets the employees and talks to one of them.  He asks him about the afternoon horse race. Then buy a hat, a gray funyi. And he's going.

Led to a football analogy, in Gardel's case there is no historical discussion like the incurable dichotomy Maradona-Messi. Carlos Gardel was, for everyone, the greatest tango singer in Argentina. And that there were and there are thousands, one better than the other. But the thrush  was unique. Mythical. Unforgettable , even because of his sudden way of leaving. That you have passed through the city of Santa Fe leaving indelible memories in the people is a pride for the land of  Setúbal .