Home Argentine Music We So Well: from a call to the furor band of San Luis

A furor band emerged from a small event in San Luis that remains as valid and alive as its first days. 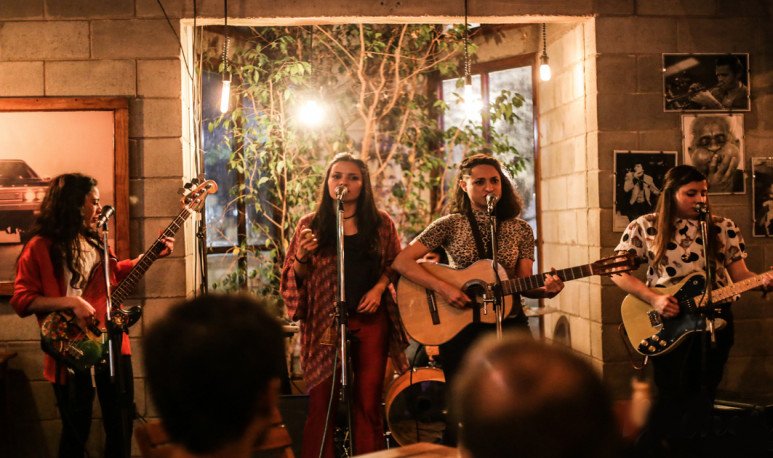 In the distant 2016 they came together to never part as they go through a happy  musical career. They are Us So Well, the furore band that prides the rocking hearts of the Sanluiseños. The ensemble is composed by Fernanda Rivero on acoustic guitar, Paula Rodríguez on main guitar, Yeka Ramos on electric guitar and May Alba on bass. A remarkable feature is that they all participate with their voice in the songs.

The band emerged when one of its members, Yeka Ramos, organized an event at the José La Vía train exstation. The main goal was to summon women composers. There he met Paula Rodríguez, who joined Yeka in order to continue with the project and its cause of showing female presence on stage. In this way, on the first of December 2016, they created a meeting in which singers, acrobats, dancers and artists would meet. This meeting of talented  women  was called Nosotras Tan-Bien, a name they would then use for their group.

After the show, the  audience  was shocked. The astonishment caused in people was such that they even asked them to continue the shows. For reasons of planning, timing and other variables, the project was not intended for more than one show. But, there was still hope that this gesture will not end, because there was talent and above all the unquestionable support of the people. After conversations, agreements and some changes, the event became the band composed of five members. 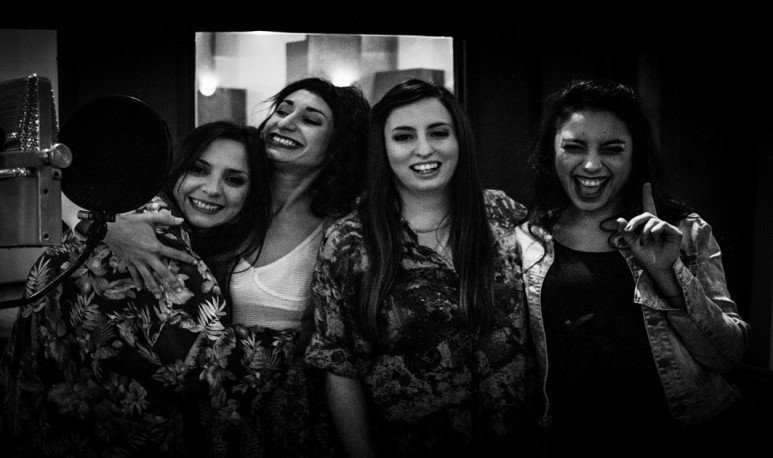 After several shows, in June 2018 there was a milestone in his  career : the recording of his first album. It should be mentioned that drummer Valentina Locco would participate in the recording but, at that time, she was no longer part of the group. With each of their themes composed by themselves, from their beginnings, with tears and emotions to their skin, listening to their voices, they marked their story forever. The album would have by name “Everything that keeps me alive today, there would be no better denomination to express the path traveled and what had united them. Thus, strong, united in an inseparable friendship, they released those eight songs composed with so much effort.

They had been part of a fundamental transition in the province of San Luis. Before it was novel for a woman to be part of a band or to play some kind of instrument. The girls had made it clear that women can also exploit their skills in the music environment under sanluiseña.

Transformations of the music group

With the passage of time, after having recorded their first album, the girls had to change before returning to the stage again. They chose to focus on the musical, they explained to the Sanluiseño media. That is why they set aside acrobatics, dances and audiovisual. The point is that it was too hard to move with all the equipment that other artists required for their presentations. Acrobat Andrea Suarez, Florencia Typek responsible for audiovisual material and dancer Jazmín Castillo Cativa would not be present at the shows. While the latter accompanied them from the first days of the group, it did not mean that they would be absent. On the contrary, they would continue to accompany and encourage the band.

After the departure of drummer Valentina Locco from the group, another resounding change would be present to magnify their musical virtues. The band decided to change their name to Nosotres Tan-Bien, with which they are currently advertised. This would reflect the inclusion of inviting other non-female artists and musicians to the ensemble.

They are currently in their beloved San Luis, preparing new themes, performing essays in order to be ready when the stages become available again in all their glory.