Music and football are the two passions of the Tucumano quartetero. Thanks to his songs, the artist managed to position himself in the province and now promises to bring his voice to the world capital of the quartet. 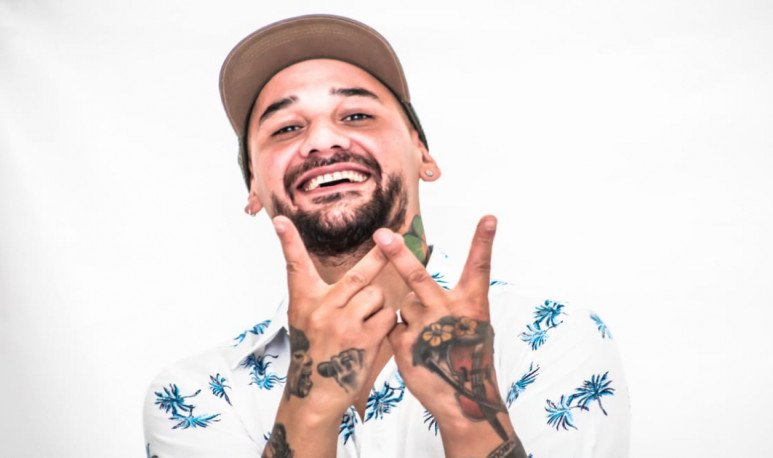 Tucumano artist Walter Salinas began in the world of music in the middle of adolescence, playing drums in a cumbia band from  Tucumán . When they rehearsed the songs, a friend encouraged him to perform a song by Walter Olmos and from that moment on he entered the quartet.

Although the singer is Tucumano, it is not an impediment to sing quartet, an area that embags Córdoba in the musical universe. In this sense, Salinas told a media in that province that Tucumán feels it as an annex to Córdoba, which is one of the most  quarteteras provinces that our country has next to Catamarca. Likewise, the legacy remained of great artists such as Sebastián and Gary, and the doors opened by these renowned musicians has been an opportunity he values because not only he served to show himself, but to the other generations.

Undoubtedly,  Walter Salinas  treats hard in  northern Argentina , and he says he does not believe it, since it has always been a simple chango. It should be noted that the artist elbows himself with celebrities, not only of music but also football in Europe. In this line, it is necessary to emphasize that Tucumano loves this sport, he has even played in the club San Martín de Tucumán.

When he was 17 years old and took his first steps in the tropical move performing various songs, he also wanted to be a great sportsman, a football player, as he felt a close link with this sport. When he was about to make his first debut at the club in San Martín, and in turn had released his first album as a solo artist, his coach found out he was singing and told him that he should make a decision either to sing or play. While he could do many things at once, these two options were not compatible and he had to lean towards a single one, since singing and playing football the coach called them water and oil.

The artist Tucumano was clear in his decision to continue singing, he already knew the rules that  athletes must comply with, such as sleep well, that is, rest, could not drink alcohol, nor be revealed, nor walk with women, among other requirements to be able to perform in the best way on the court, so Salinas argued that he preferred to sing for sandwich and coca, but leave everything else, and to this day he does not regret the path he chose: music.

His friendship with Carlitos Tévez

The xeneize crack invited him to a roast at his house to the Tucumano quarteter. Salinas at that time felt low as he had been suspended, like many others, recitals for the pandemic. When he was about to return to Tucumán, his representative called him to tell him not to travel and stay, as Carlitos had invited him to eat a roast. Tucumano couldn't believe what he was listening, he even thought it was a joke because he really likes football.

From that meeting Salinas commented that he rescues humility and the example of idol that is  Tévez  for the youngest, in turn argued that it is very good for humble boys to know the story of life of the player, since it is a very big blow that has traveled and with the passing of the years he has taken the best path. He also indicated that these good decisions involving salvation must be as a source of inspiration for those who are exposed on the street.

Finally, Walter Salinas rated Boca's 10 as a winner, and compared to him claiming that he is just taking his first steps. The Tucumano who passed through the inferior ones del Santo now dreams of positioning his music in the world capital of the quartet, of course, without forgetting his Tucumano accent.